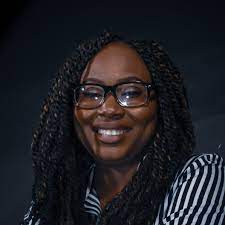 The first case of COVID-19 was reported in The Gambia on 17 March 2020. As of 2 May 2021, The Gambia has confirmed a total of 5,914 COVID-19 cases and 175 associated fatalities. To curb the spread of the pandemic across the country, there have been successive states of emergency relied upon with varying degrees of restrictions on open markets, shopping areas, public transportation, essential commodities, closure of non-essential public places, educational services, and places of worship. More than a year after the pandemic was first reported in The Gambia, the state is returning to ordinary processes.Many COVID-related restrictions have been lifted, allowing businesses, markets, schools,restaurants, bars, gyms, cinemas, and nightclubs to resume normal operations, and borders to be open.

5/8COVID-19 disrupted essential sexual and reproductive health services in an already weak health system. The disruption of services coupled with the fear of contracting the virus at the health facilities faced by women patients, led to an increase in at home-births. Women were unable to get the adequate and efficient delivery and postnatal care services they needed. It has been reported that maternal death have increased during the pandemic in more visible ways leading to a protest dubbed “Gambian Women’s Lives Matter”, which saw hundreds of people marching over the “alarming rate” of maternal mortality. In brief, there are numerous consequences of COVID-19 response measures to which marginalized groups are particularly vulnerable.Right to Liberty Since the COVID-19 outbreak, the right to liberty as guaranteed in section 19 of the 1997Constitution was restricted. Limitations of people’s liberties were prominent due to the enforcement of the states of emergency regulations and measures. In March 2020, at least three Imams were arrested in Kanifing Municipality, West Coast, and Lower River Regions for violating COVID-19 regulations. In April 2020, the WANEP National Early Warning System (NEWS) documented that 30 people were arrested in the North Bank region for performing congregational prayers in violation of the emergency regulations. Similar arrests were made throughout the COVID-19 restrictions particularly when a curfew was introduced to contain the further spread of the virus. While these arrests related to the curfew might have been justifiable, underlying factors that exacerbated the situation were not considered.For instance, the nightly curfew came with high demand for public transportation, which resulted in individuals not being able to travel home before the time of the curfew.Commercial vehicles were also required by the government to use half of their capacity.Thus, fewer spaces and higher demand meant that certain groups such as women and persons with disabilities were at a higher risk of flouting such rules. In addition, in the majority of police stations, there are no separate detention facilities for men and women,thereby increasing the vulnerability of women and girls. The capacity issue of detention facilities and prisons was also a key challenge. On one hand, where large numbers of people are arrested, police stations cannot house them, and on the other hand, placing individuals in open-air centers such as stadiums overnight without any protective clothing in the chilly weather would be unpleasant. Through the intervention of the National Human Rights Commission, the President used his Prerogative of Mercy powers to pardon some 115prisoners serving various prison terms, in the effort to de-congest the prisons.2021 Out look The COVID-19 pandemic brought the world to a halt and a public health emergency in many countries including The Gambia. While recognizing the need for the state to safeguard public interest and rights to life, health, and safety, this does not give government a license to put aside their obligations to uphold fundamental rights and liberties. Given ongoing response 6/8measures to curb the spread of COVID-19, the Gambian government needs to strike the right balance between the protection of public health and the protection of individual right sand freedoms.As noted above, there is a need for the state to pay attention to underlying determinants and burdens associated with adopted measures including loss of income, privacy, stigmatization,and discrimination. This is essential to limit the impact of the restrictions and hence allow for greater enjoyment of rights. It is imperative that in efforts to ensure an effective response to the COVID-19 pandemic the government works closely with non-state actors including the private sector, civil society organizations, and opinion and religious leaders to promote and model positive behaviors of prevention and containment measures.It is equally important for the parliament to provide oversight and accountability for measures and procedural compliance given the potential for prolonged misuse or abuse of emergency powers. This is essential to uphold democracy, human rights, and the rule of law. As Gambians get ready to go to the Presidential polls in December 2021, there is an urgent need for government to maintain a delicate balance of addressing the COVID-19 pandemic while preserving human rights and maintaining democratic principles. LICENSED UNDER CC BY SASUGGESTED CITATION Nabaneh, Satang: The Use of Emergency Powers in Response toCOVID-19 in The Gambia, VerfBlog, 2021/5/06, https://verfassungsblog.de/the-use-of-emergency-powers-in-response-to-covid-19-in-the-gambia/, DOI: 10.17176/20210506-111540-0.Explore posts related to this:COVID 19, Gambia 7/8 Satang Nabaneh Satang Nabaneh is a Post-Doctoral Fellow at the Centre for Human Rights,Faculty of Law, University of Pretoria, and the Founder and Executive Director of Law Hub Gambia.Explore posts related to this:COVID 19, Gambia No Comments Join the discussion Please find a list of all country reports hereFacilitated by 8/8Democracy Reporting International (DRI) works to improve public understanding of the ruleof law in the EU as part of the re:constitution programme funded by Stiftung Mercator.The RECONNECT project has received funding from the European Union’s Horizon 2020 Research & Innovation programme under Grant Agreement no. 770142. This Symposium reflects only the authors’ views and the European Union is not liable for any use that may be made of the information contained therein.