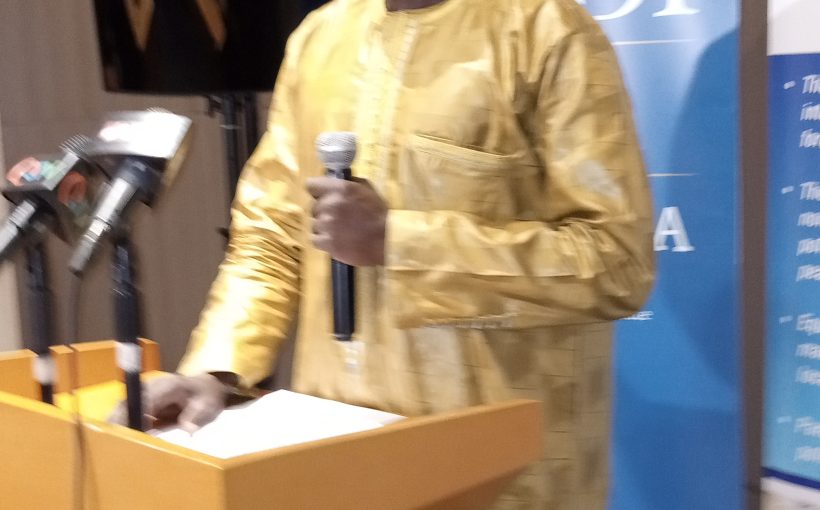 The Inter-party Committee with support from National Development Institute and UNDP on Saturday 6th November 2021 updates the press on the general consensus of all eighteen (18) registered political parties in the Gambia to the JanJangbureh “Peace Accord” which aims at maintaining a democratic peaceful election.

Speaking on behalf of the Committee, co-chair Hon. Musa Amul Nyassi states that IPC have partnered with relevant stakeholders since its inception to conduct and participate in activities to ensure peaceful coexistence among political parties as key actors in national, political and electoral processes.

‘’ The IPC with support from its partners is currently implementing a series of programs and interventions to promote transparent, credible and peaceful electoral processes before, during and after the upcoming Presidential, legislative and local government elections.’’, says NAM Nyassi.

The Foni Kansala NAM stated that the IPC had a successful capacity building from NDI, UNDP and ECOWAS on mediation and communication terms and has developed tools such as a code of conduct complaint form, toll lines through which the IPC may receive complaints from any member of the public against the conduct of IPC members, party leaders and their supporters concerning any breach of the IPC MOU and code of conduct in line with the IEC code of campaign ethics.

Hon. Nyassi further dilated that the IPC will be running peace messages in the form of jingles on TVs and radios in English and five other local languages. This will be followed by a planned action to embark on regional sensitisation of Gambians on the provision of the IPC MOU, code of conduct and the peace pledge before the commencement of campaign.

The IPC co-chair called on all political actors in the elections to honour the spirit of the IPC MOU, IEC code of election campaign ethics and the peace pledge to which party leaders has agreed thus urging candidates and supporters to accept the election results announced by the IEC which is all geared towards drawing lessons from the December 2016 presidential election that breed in an impasse.