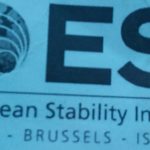 Gerald Knaus, the Chairman of the European Stability Initiative (ESI), a German base non-profit organization said the Gambia is among list of countries to face imminent sanctions and visa restrictions if it fails to corporate with the new European Union (EU) Immigration law to be enacted this year.

Mr. Knaus made this remarks at a press briefing held at Cocoa Ocean on Friday 20th December 2019. He said the new law is in response to the growing irregular migration crisis plaguing European countries. “There is a new law at EU level and this new law is targeting countries that did not want to corporate with their policy, so that they will be punished and sanctioned with visa restrictions” he revealed.

Gerald Knaus also added that their initiative is engineering new policy plan proposal with European countries in the drive to mitigate better solutions. He added that their new policy plan is designed to map out migration crisis and to devise strategies geared towards securing a win corporation between the Gambia and Germany. Adding that the new policy approach will provide win cooperation between The Gambia and Germany.

He further described the conditions of undocumented Gambian immigrants in Germany as inhumane, whilst urging key drivers to mitigate their growing problems. “So in the coming weeks, your government officials and Gambian civil societies should reach out to the German authorities to negotiate to the level where it matters most to solve the problems”

For his part the Executive Director of the Gambia National Youth Council Lamin Darboe said their plan to the proposal is to devise new measures geared towards addressing the trend of irregular migration. “I think the problem is known, we understand the risks and challenges, we need to also find the solutions. Instead of putting all our energy on the problem, we need to also talk about the solution, and I hope we will be able to work together to find a solution”, said Mr. Darboe.