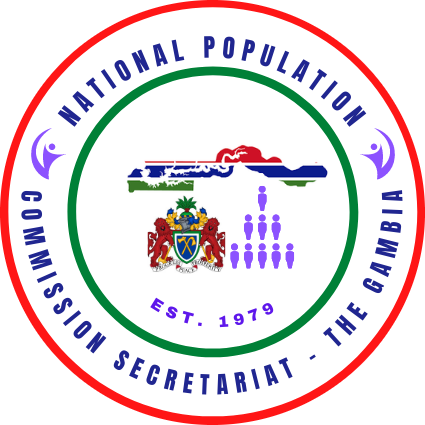 Nearly half of all pregnancies are unintended—a global crisis, says new UNFPA report

BANJUL 5 April 2022 – Nearly half of all pregnancies, totaling 121 million each year throughout the world, are unintended. For most of the women and girls affected, the most life-altering reproductive choice on whether to become pregnant or not is no choice at all, explains the State of World Population (SoWP) 2022 report, released by UNFPA.The ground-breaking report, “Seeing the Unseen: The case for action in the neglected crisis of unintended pregnancy”, warns that this human rights crisis has profound consequences for societies, women and girls and global health.

Over 60 per cent of unintended pregnancies end in abortion and an estimated 45% of all abortions are unsafe, causing 5 – 13% of all maternal deaths, thereby having a major impact on the world’s ability to reach the Sustainable Development Goals by 2030.

In The Gambia today, the unmet need for Family Planning is currently at 24% while the Contraceptive Prevalence Rate for modern methods of contraceptives is estimated at 19% and the Total Demand for Family Planning among women is about 43%. This shows that a considerable part of the population needs modern contraceptive commodities but do not have access. This means that the said population have limited autonomy, if any, over their bodies, fertility, and ability to make informed choices, thus contributing to the staggering high rates of unintended pregnancies globally. Between 2015 to 2019, unintended pregnancies in The Gambia stood at 54 per 1000 women and only 23% of women can make decisions on their sexual and reproductive health and rights. These figures reflect the pressure societies place on women and girls to become mothers. An unintended pregnancy is not necessarily a personal failure and may be due to the lack of autonomy society allows or the value placed on women’s lives.

On Friday 20thMay 2022, the Honourable Minister of Gender, Children and Social Welfare will on behalf of His Excellency the Vice President of The Republic of The Gambia, launched the 2022 SoWP report at the Alliance Française de Banjul. The report should serve as a wake up call to all of us as it highlights how easily the most fundamental rights of women and girls are often pushed to the back burner.It calls on decision-makers and healthcare systems to prioritise the prevention of unintended pregnancies by improving the accessibility, acceptability, quality and variety of contraceptives and greatly expanding quality sexual and reproductive health care and information.It urges policy makers, community leaders and all individuals to empower women and girls to make affirmative decisions  and motherhood, and to foster societies that recognise the full worth of women and girls. Women and girls will be able to contribute fully to society, and will have the tools, information and power to make this fundamental choice—to have children, or not—for themselves.

Through The Gambia Government-UNFPA funded Country Programme, a lot has been done towards improving the reproductive health and rights of women and girls. The Country Programmehas over the years supported the development of a National Family Planning Policy, a Costed Implementation Plan and a Communication Strategy for the Ministry of Health, in order to aid effective Family Planning programming to benefit everyone, everywhere in the country. The National Population Commission Secretariat has been supporting the coordination of population programmes in The Gambia. UNFPA in collaboration with the Government of The Gambia remains committed to continue investing in the realisation of zero unmet need for family planning and the empowerment of women and girls and their families, to be able to make informed choices. These investments will have a ripple effect on the productivity of the population, strengthening socio-economic indicators and inspire inclusive sustainable development.

Notes to editors: The State of World Population report is UNFPA’s annual flagship publication. Published yearly since 1978, it shines a light on emerging issues in the field of sexual and reproductive health and rights, bringing them into the mainstream and exploring the challenges and opportunities they present for international development. This report’s analysis builds upon new data from our partner, the Guttmacher Institute, released on 24 March.

UNFPA – The United Nations Population Fund is the agency charged with the mission to deliver a world where every pregnancy is wanted, every childbirth is safe and every young person’s potential is fulfilled. To achieve this, the agency works towards realizing three transformative results:

NPCS –The National population Commission Secretariat is the national coordinating authority for the formulation and management of the population programmes in The Gambia. The Secretariat facilitates, monitors, co-ordinates and evaluates the implementation of the population policy and programmes, foster functional linkages among sectoral departments and agencies to harmonise the work of the National Population Commission at national, regional and district levels.

Established in 1979, the NPCS has an overall goal of improving the quality of life of people, especially for women and girls. The Secretariat is overseen by the National Population Commission and the Vice President of The Republic of The Gambia is the Chair. The Commission is the highest statutory body that advises government on population and development issues.