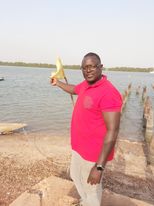 If these so-called CSO can go out to file a court order against Mayor Rohey Malick Lowe for being an issuing authority in Banjul, for issuing attestation documents to those who do not own any other national documents but are legitimate citizens, but you went out to challenge her on a very simplistic mare fact of being a member of the UDP, and your only arsenal is to fight her in court to discredit her position.

Now, what is stopping you lots from hiring your lawyers to sue the compromised IEC/Npp to court for violating the stipulated two years biennial act of congress for all registered political parties? We need to do away from selective justice and fight and stand for truth regardless of what. There are lots of compounded evidence before your eyes about the last December 4th elections, which were fraudulently declared to Barrow and his shenanigans through the help of that corrupt syndicate at the IEC, headed by Alieu Momar Njie, a man whose characters raised lots of eyebrows lately. Let justice guide our actions towards the common good, and join our diverse peoples to prove man’s brotherhood.