The year 2017 witnessed 31,666 people affected disaster following the last raining season, but the numbers continues to trickles. As of 19 October 2018, 41, 279 people nationwide were severely hit with disaster risk hazards. According to the officials of National Disaster Management Agency (NDMA), 24000 households were said to have been distressed by the disaster. 1325 households are slapped with flash floods, 896 with windstorm, 108 with domestic fires, 6 with bush fires, 7 with hippo attacks and others with bird invasion. These attacks are more common within the Upper River Region of The Gambia. 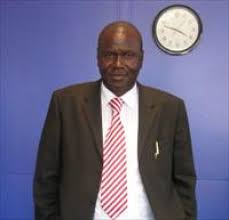 In an interview with Trumpet Newspaper, the executive director NDMA, Mr. Sanna Dahaba outline that it is the responsibility of the central government to counter the needs of the people and on the disaster risk management. Dahaba further highlighted that his agency have secured D4 million from the government to support the victims.  However, he  was quick to point out that the amount will not be sufficient in addressing the current state of affairs at hand thus they have reached out to their  partners such as the UN,  ECOWAS, AU and other humanitarians to assist in their endevours.
In addition, Mr. Dahaba highlighted that some of the problems leading to the increase in disaster are due to unstructured regulations and low-level awareness in disaster risk management. He nevertheless noted that they are working with the physical planning, fire services, the media and their officials at regional level to carry out awareness campaigns on the various media outlets across the country.

Mr. Dahaba indicated that NDMA have taken in steps to tackling the timely needs of the victims. He added that they are currently quantifying and assessing the magnitude of the damages and are confident that they will be building bridges, dikes and houses for the victims.
Dahaba said his office sympathies with the victims on the challenges they facing whiles assuring them of taking urgent measures in addressing their plight with the support of the government.