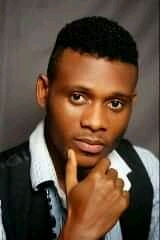 By: Mike Williams
More often, West Africa students come out of the Examination hall shouting “we killed it” “we murderd the English Language paper” but regretfully when the result is released, they fail.
What could be the possible cause?
Student’s conclusion of the possible cause of their failure runs in essence: The Examiner is wicked, the Examiner was drunk while marking their Examination script, the Examiner is not competent or thy are given a wrong score. Could they be right?
I am here to juxtapose their adamant claims with reality.
I have taken the pain to list and enumerate, grammatical blunders of West African students that leads to their massive failure in English Language. Day to day usage of these errors has made it become a part of the students that they fail to understand that they are wrong and not found in the dictionary.
*Common errors West African students make in English Language Examination*

•Right usage: I am going to cook/ I am going to the market…
✓some peoples they go to entertainment club: This statement is wrong. “People” exist in plural form. “Peoples” is not in English Dictionary
• Right usage: Some people went to entertainment club
✓Open the gate on me: This statement is totally wrong. Here shows a wrong use of preposition “on” instead of “for”
• Right usage: Open the gate for me
✓ Uncle, we are having you: Here student mean to tell their teacher that they expect him to teach them as his period was due
•Right usage: Mr…. We are having your subject
✓What says the time?: This is another wrong usage of English as time does not talk.
• Right usage: What is it by your Time?
✓Me I very hungry: Here the student is trying to tell how hungry he/she is
• Right usage: I am very hungry
✓Open the way for me: Here the student is trying to ask the person  standing in front of him/her to allow him/her passage
• Right usage:Excuse me please!
✓Yesterday me I eat my lunch in 7pm: This is totally wrong. Eat is a present tense and the statement is in past form.
•Right usage: Yesterday I ate my lunch by 7pm
✓I buy a big car tommorow: This is commonly used by west African students. And it’s totally wrong. Tommorow Is a present continuous tense and it should contain “will” or “would”
•Right Usage: I will buy a classy car tommorow
✓We was having SES in the morning: Here is another common error widely used. “We” is a plural form and should be followed by a plural.
•Right usage: We were having SES subject in the morning
✓Me I ring the bell: Here is another common one again. That it’s commonly used doesn’t make it correct. Never start a statement with “Me”
• Right usage: I gingle the bell
✓Clap for yourself: Although West African students use this sentence regularly, it is absolutely wrong
•Right usage:Applause yourself
✓He is a girl/She is a boy: This a confusion of gender and pronoun
•Right usage:She is a girl/He is a boy
✓Yai cool/Mai cool: While this can be said to be correct usage as it’s called code mixing in English, students should remember to enclose these code mixed phrases in apostrophes “yai” cool, “mai” cool. In so doing ,the Examiner will understand that the word(s) with apostrophes are not english language. Also students should note that this is appropriate for informal letter but inappropriate for formal letter writing
✓Fatima is ate bread now: This is wrong as ate is in past form while now is in present form
•Right usage: Fatimah is eating bread now
✓My mother is a women/my father is a men: This is really off it, but always finds its way into the mouth of West African students.
•Right usage:My mother is a Woman/My father is a Man
✓There are many womens/Men’s in the market:This is really a wrong statement as there’s nothing like mens/womens in the English Dictionary. Men/Women are plural. Student should note that women’s /men’s /womens’/mens’ are correct but should be used appropriately.
•Right usage: There are many women/men in the market
✓I want to eat orange: Common but unacceptable as oranges are not eaten but sucked.
• Right usage : I want to suck orange
✓Fatou dropped the bucket down:This is another logical wrong usage of English. Note that anything dropped goes down so saying that the bucket is dropped down is a repetition
•Right usage: Fatou dropped the bucket
✓There was fighting: This sentence is wrong and should be avoided
• Right usage: There was a fight!
I hope you read and digest these Educative piece as I reload more of it in my next article. My greatest wish is to see you all come out with A’s in your English Language!