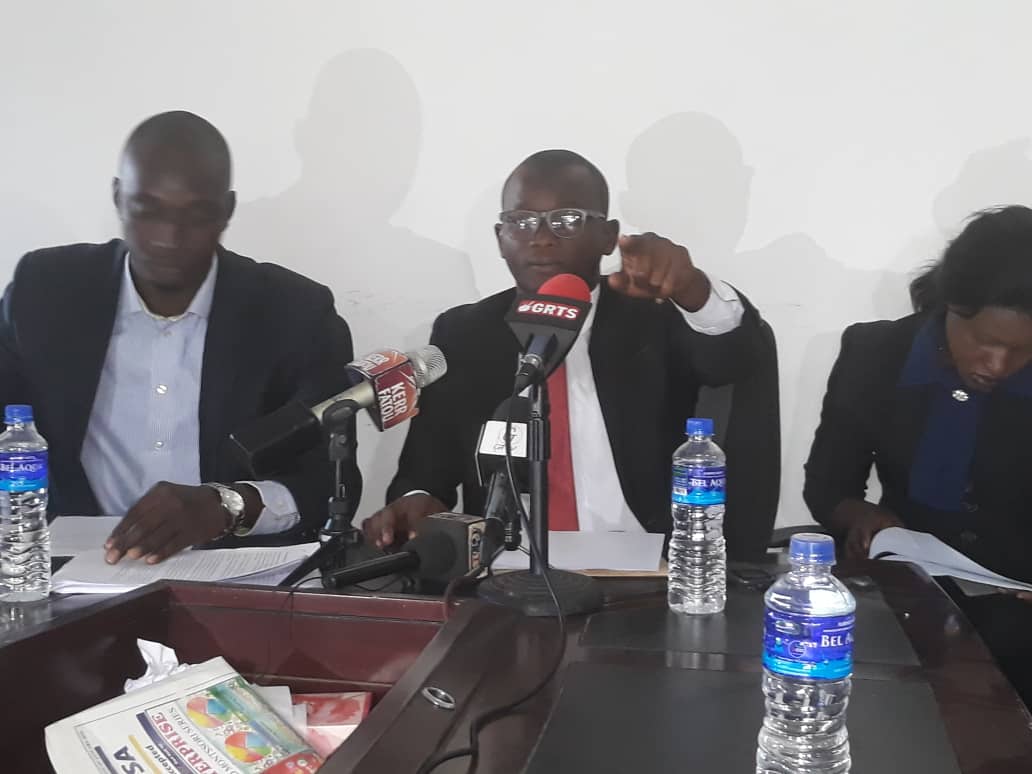 It could be recalled that angry young staffers at Food Safety and Quality Authority (FSQA) on 7th October 2019, petitioned their Director General Ms. Zainab Jallow on issues ranging from mismanagement of funds, corruption, nepotism, abusive of office, poor management, authoritarian leadership and poor working conditions. But up to date no action was taken by the government to remedy the situation.

Food Safety and Quality Authority is established by an Act in 2011 under the office of the Vice President mandated to control safety and Quality of all food stuff, water, beverages and all locally and imported food commodities.

At a press conference held at the FSQA office premises at Kotu on Wednesday 15 January 2020, Mr. Saidina Alieu Jarju an Administrative Assistant accused Director General Zainab Jallow as an authoritarian leader bent on creating frustration for young competent staffers. Jarjue alleged that Ms. Jallow has in the past either forcefully and unceremoniously sacked staffers and have created hostile working environment for competent working staffers thus leading to several unwilling resignations.

Alhagie Sowe, a Food Safety Inspector lamented that FSQA staffers have been operating without service rules and lacks necessary materials to facilitate their operation. “Madam Jallow runs the office like her own family business appointing anyone at her will as it suits her’’. Mr. Sowe alleged that family members of Ms. Jallow used the FSQA official vehicles for private business to the detriment of the office. Sowe lamented that Ms. Jallow frequently complains of lack of funds but yet still travels frequently and has recently purchased and installed CCTV cameras all over the office premises.

On the issue of the BEST Water Company which was shut down by FSQA for failure to meet the standard of safe drinking water, Mr. Sowe alleged that Madam Jallow single handedly allowed the company to re-operate without the notice of the Inspector under whose office the company was closed. He added that Ms. Jallow does not even wait for the laboratory result which was taken from the BEST Water Company and sent to Germany for further taste.

Mr. Sowe pointed out that currently twenty two staffers are served with notice of administrative leave without salary without any consultations done.

Maa Gomez, a Food Safety Inspector posted at the Ports Authority lamented the lack of operational materials and other working tools to help ease their work. She indicated that between D1.2 million to D2 millions are generated by her office on quarterly basis. She decried lack of office space for her staff stationed at ports.

At the end of the press conference, the young staffers demanded that the outcome of investigation into their last year petitioned be made public to ensure transparency and accountability.

They also demanded that staffers that were sent on administrative leave without pay is revoked with immediate effect.  Ensure staff welfare is respected with higher regards and for the removal of Director General Ms. Jainaba Jallow as the staff lost totally confidence and trust in her.