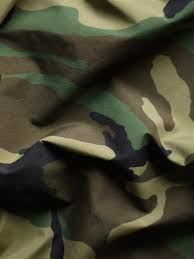 Mr. Alagie Sanusi Camara, a Badibunka Businessman at ‘Marchee Jubo’ shop number 1 at Wellington Street in Banjul has accused former president Yahya Jammeh of extorting goods from him amounting to D480, 000, almost rendered his business to collapse. Mr. Camara said senior security officers from then NIA and the Army forcefully seized 149 rolls of military camouflage from him on the orders of exile president Yahya Jammeh back in 1999.

According to Mr. Camara the incident happened on 11 August 1999 at his shop whiles he was offloading three container consignments of clothing from United States of America. He said the three containers contained 149 rolls of Military camouflage and other clothing. He indicated that senior NIA and Military officers descended on his shop and seized his goods on the orders of Yahya Jammeh.

Mr. Camara pointed out that NIA officers that came to his shop and seized the goods were Abdoulie Kujabie, Saed Gassama from Bwiam and Bakary Gassama from Niamina Katamina. He said that Bakary Gassama was the NIA agent stationed at the Ports at the time. He added that he could recall Samsideen Sarr then Army Commander was present when his stuff was taken away.

The angry looking Businessman said to his surprise he was never informed or warned not to import camouflage into the Gambian as that has been part of his business way back before Jammeh came to power. He asserted that he used to do business with the Army who used to buy a good quantity from him and he use to inform them anytime he had a new consignment.

Going further Mr. Camara lamented that the officers that seized his 149 rolls of camouflage used his own pick-up single cabin vehicle with registration number BJL 0481 to transport the goods from his warehouse to the NIA Headquarters. He said the officers told him they were acting on the orders of ex-president Yahya Jammeh to seize any camouflage imported into the country.

Mr. Sanusi Camara said the seizure of his goods almost rendered his business collapse and the bank where they took the loan to import the goods threatens to sue him to Court. He said he was unable to pay back the bank and had to go through many trials and tribulations until he resort to selling his plot of land to pay the bank before been dragged to Court.

When contacted Mr. Samsideen Sarr, said he could not remember where and when he was involved or witnessed in confiscating camouflage clothing from any businessman. He added that the date in question he was already out of service adding that he was retired from the Army on 30th June 1999.

Editors Note:  We will endeavor to get the side story of the names mentioned in the article.