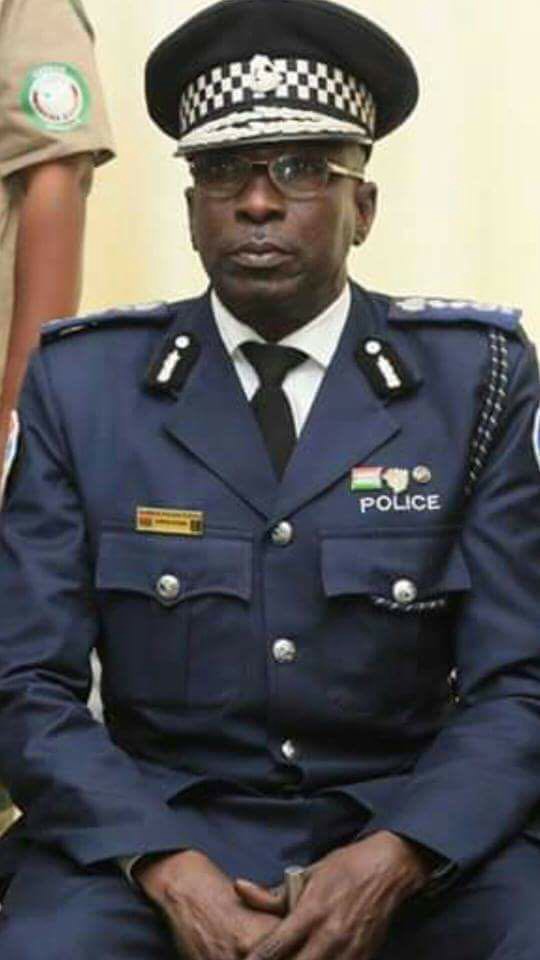 The Honourable Minister of Interior of Guinea Bissau, Botche Cande, paid a three- day working visit to The Gambia and was hosted by the Honourable Minister of Interior, Yankuba J.N Sonko. During the visit, Hon. Cande and his entourage paid a courtesy call to all the security institutions under the purview of the Ministry of Interior. The visit was extended to his Excellency President Adam Barrow and the Chief of Defence Staff of the Gambia Armed Forces, from the 13th to 17THof November 2020.

The three-day visit was regarded as a very important step towards strengthening security bilateral ties between the Republic of Guinea Bissau and the Republic of The Gambia.

During the courtesy call, various security apparatus were visited with the aim to share and learn best practices aligning democratic principles of good security and governance. The Government of the Gambia through the Ministry of Interior acknowledged the visit and showed its political will to maintain the existing relationship between the two governments. The courtesy call constitutes specifically, a fight towards terrorism, trafficking of illicit drugs, human smuggling and trafficking. This is all geared towards safeguarding human security in the realm of stabilisation of social, economic and political rights of the citizens of the region as contained in conventions advocated by the UN, AU and ECOWAS.

Meanwhile during the security dialogue with Minister Cande, the security sectors of the Gambia have willingly gave their support to the proposed communiqué to be sign between the Ministries to strengthening cooperation. The two countries promised to share information and intelligence required for the proliferation of peace, security and stability within the entire region.

Highlighting on the importance of the visit, the Honourable Minister of Interior, Yankuba JN Sonko described the courtesy call as timely and significant, particularly in the area of security dynamics, socially, economically, culturally and politically.

Minister Sonko stated that the visit of the Bissau Interior Minister to the Gambia emanated from the visit by President Barrow to Bissau on bilateral relations between the two States.

‘‘We are all aware that no one nation can fight crime alone, we all need the cooperation of other countries to fight crime. Since Senegal and Guinea Bissau are our immediate neighbors,it is important that we have this tripartite cooperation with the three nations to stop trans-national crimes, criminals moving from one country to another, criminals entering from one border to another, these are the common objectives of our cooperation with our immediate neighbours’’, Minister Sonko said.

In his farewell remarks, Minister Cande expressed delight with the level of welcome accorded to him and his delegation, the respect and discipline showed to him by the various security departments throughout his entire visit in The Gambia. He also expresses his appreciation to his Gambia counterpart Minister Sonko with sincere regards extended to President Barrow and heads of securities for their support and cooperation towards and during his visit in the Gambia.