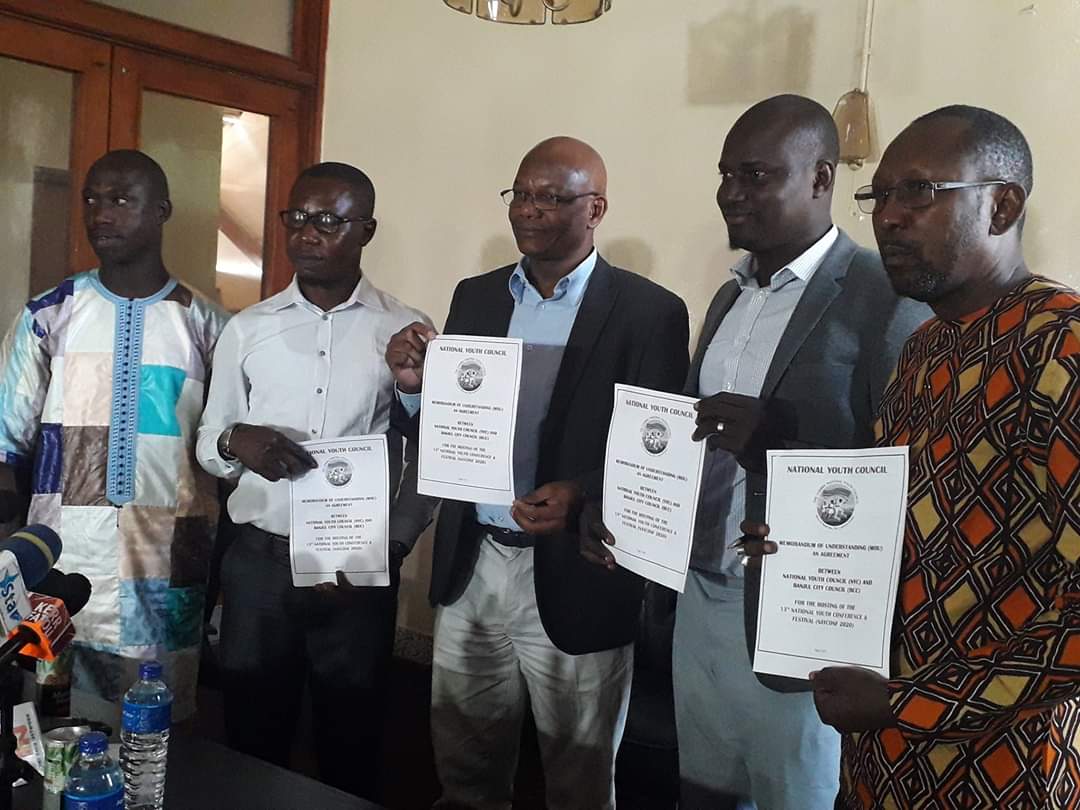 The Capital City of Banjul is bracing up to host the 13th edition of the National Youth Conference and Festival slated from 15th to 20th April 2020. This year’s youth gathering will spend nothing less than D7 Million to fund the five days event.

Speaking on behalf of the Government of the Gambia, the Minister of Youth and Sports Hon. Hadrammeh Sidibeh said NaYCONF serves as a great youth gathering where platforms are created for young people to voice out their concerns and how to actively participate in decision making. Minister Sidibeh indicated that for youth to be actively involved in meaningful engagements, dialogues and positive socialisation they have to map out a common road map and actionable programmes and to come up with proposals to the government. The NaYCONF he said is a platform such programmes to be recommended by the youths to the government.

He assured the National organising Committee of government’s support towards the success of the event.

Omar Dibba speaking on behalf of the Mayoress of Banjul affirmed the City’s willingness to host the delegates coming from the seven regions of the country.

This year’s NaYCONF will bring together over 2000 young persons from across the country.