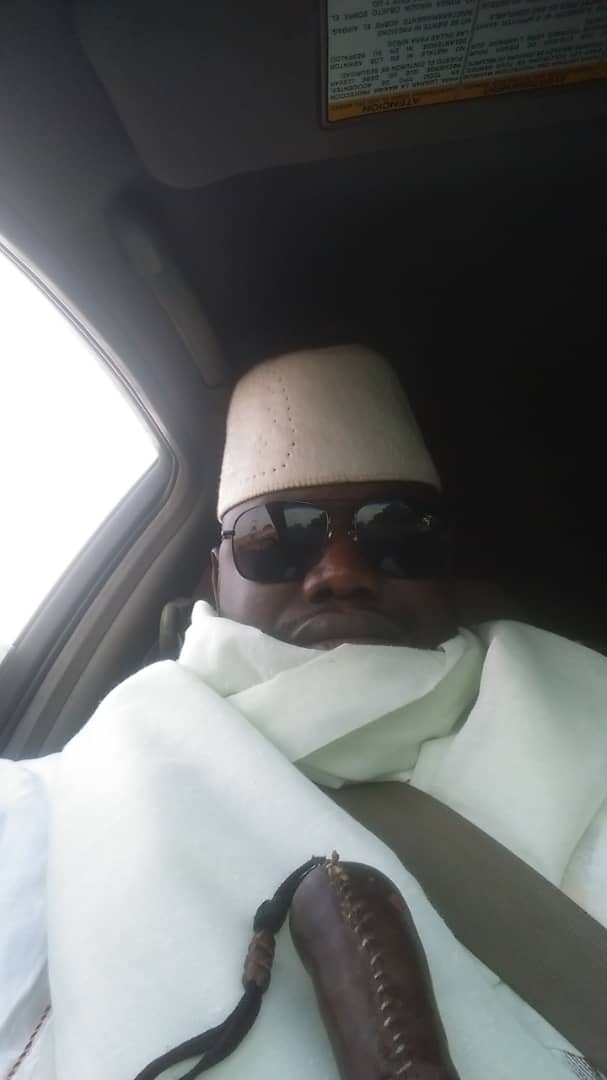 Information reaching Trumpet newspaper from the border village of Giboro has it that the entire security officers on duty at the border post flee leaving their post unmanned when a man dressed in Yahya Jammeh style approaches their office. The Gambian officers could be seen running helter shelter in different directions.

According to an eye witness, sometime last week a man traveling from Cassamance dressed in a white gown, a white muffler, dark glasses and a white hat with a walking stick that looks like a sword alighted from the vehicle and walked towards the security post. The witness indicated that as the man walks towards the Gambian security post to show his identity card as usual for all cross border travelers, to their surprise both Immigration and Police officers took to their heels leaving their post.

The eye witness said all the travelers were flabbergasted as to what might warrant the Gambian officers running for their lives as the man approaches them. He added that the said traveler was never armed and shows no sign of aggression, but to their surprise as the man was about to enter the security post room to identify himself to the authorities the Immigration and Police officers on duty all ran away.

The witness stated that there was laughter among the travelers but the security officers could be seen trembling saying they thought it was former president Jammeh’s ghost that suddenly appeared before them.