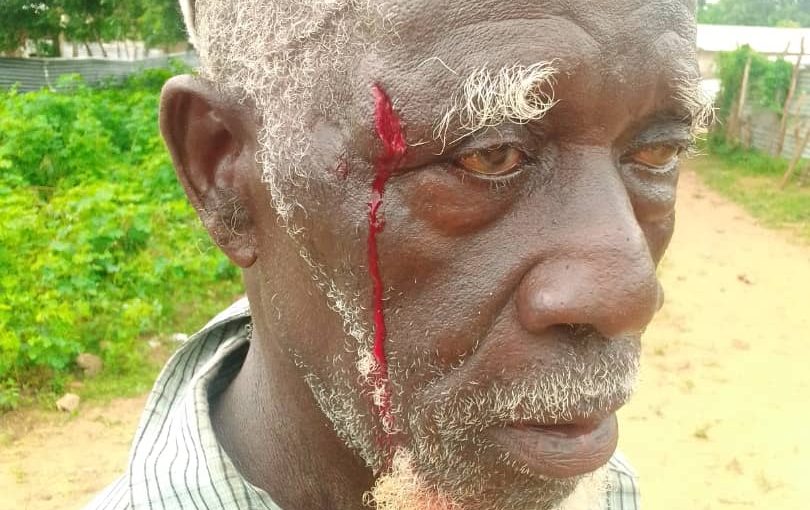 The Trumpet Newspaper is reliably informed and confirms the news of the death of Fakebba Barrow an 80 year old man who was assaulted by a mob on 12th August 2020 at Niamina Sambang Mandinka after a land dispute between Sambang Fula.

The old man since his assault has been receiving medical treatment and checkups but on Saturday 19th December 2020, answered to the call of death.

He died at his home at Sambang Mandinka but laid to rest at his native Village of Gunjur, Lower Badibou at 17:00hrs.

According to his aggrieved family, Fakebba has suffered shock and severe heart pain after the mob attack on him. He was also suffering from humiliation and embarrassment within the society coupled with Police dragging him to Court for threatening violence and prohibition of conduct. He could not bear the dishonor meted on him by both his attackers and the Police who detained him for almost twenty four hours after the incident without proper medical treatment.

Fakebba Barrow was born in Gunjur Village, Lower Badibou, North Bank Region and settled in Niamina Sambang Mandinka since 1965 as a businessman and farmer. He developed a very good bond with the people of the area and spent most of his time in the traditional Court of former late Chief Ngange Bah. Chief Ngange Bah was a very respectable and feared Chief at the time.

Fakebba Barrow was the right hand man of Chief Bah who never decided or sat over cases without consulting Pa Barow. He and the Chief shared food on daily basis from the same basin at family levels. Fakebba became a mediator between the people of Niamina West and Chief Ngange Bah.