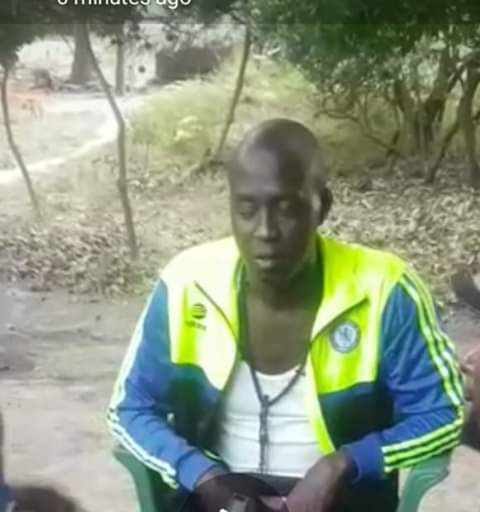 Believe to be living in Southern Senegalese region of Casasamance, after jumping bail in a case involving him and Police in 2018.

Born in Arangol village in Foni Jarrol, spend a brief span with the Armed Forces as a cook; he turned fraudster by using Jammeh’s presidency as a means of survival after leaving the Army.

Mr. Sanneh is currently standing trial at the High Court on three criminal counts charges alongside three other accused persons.

The said incident happened in February 2012 within Kanifing Municipality and investigated by the officers of National Drug Law Enforcement Agency under the Directorate of late Benedict Jammeh.

Prior to Baitulai’s involvement in that case, according to sources, he was fond of using Yahya Jammeh’s name and bragged about been closed to Jammeh.

In this particular case, as investigated by the Trumpet, Baitulai was arrested and charged alongside one Amadou Jago Jallow, Samba Leigh and Modou Jallow on three counts of “obtaining goods by false pretence, cheating and conspiracy to commit felony.

One source alleged that Baitulai claimed and made Mr. Secka believe that Modou Jallow used to do gold testing for Jammeh via him.

Our sources revealed that Baitulai assured the dealers that he will transact all legal paper works for the exportation of the gold bluffing that he was a certified agent by the office of the president.

Our investigation also found out that the price of 35 kilograms gold dust was $21, 000 per kilo and that the money defrauded from Mr. Secka amounts to $92, 000.

The matter is before the Banjul High Court.