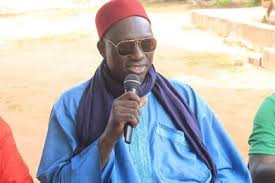 By: Fabakary B. Ceesay
The Trumpet Newspaper has received dozens of calls from concern Jarrankas in the Lower River Region (LRR) of the Gambia, that Chief Alhagie Yaya Jarjusey of Jarra West has been using his influence as a Chief to give attestation and authenticating attestations for none Gambians in order for them to get the new Bio-metric Identity Cards being process at the LRR in Soma.
Jarjusey is also accused of urging the Immigration officer in charge of the Biometric processing unit to approve the applicants’ applications even though they were disapproved by the Justice of the Peace (JP), stationed at the processing Centre Soma.
However Chief Jarjusey vehemently denied the allegation and call it baseless political motivated allegations. He said the people peddling such allegations against him were his longtime political opponents. He also accused some JPs of trying to tarnish his image.
Chief Jarjusey said he is a proud Gambian and will never plot with anybody to approve documents for non-Gambians. He stressed that it is not his mandate to influence the Immigration officer neither did he has such powers. ‘My only role is to approve attestations given to them by their Village Alkalos’, said Chief.
It was alleged that certain foreign nationals residing at Jarra Soma, whom one way or the other acquired Gambian documents through fraudulent means during the former regime, are been given a green light by Chief Jarjusey after they were rejected by the JPs. The JPs, according to sources rejects these applicants after their own confessions of being non Gambians, but instead acquired Gambian documents during Yahya Jammeh’s regime.
The Immigration Department was contacted and their side will be published in our subsequent publication.