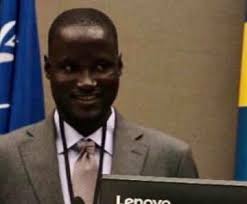 A Magistrate Court in Kaur, Lower Saloum on Friday 11th December 2020, acquitted and discharged Mr. Kebba Secka, a Foroyaa Newspaper reporter, who was arrested by Police stationed at his village of Kerrmothali in Upper Saloum, Central River Region.
Kerrmothali Village is the settlement of the controversial religious leader known as Seringe “Ndigal”. His followers are being persecuted by Gambian authorities based on their religious belief and practices.
At some point, some of them were forcefully evicted from their Village and forced into exile in Senegal and the Kombos on orders of former governor Ngange Touray, who confirmed he got orders from the top to expel the followers of the Marabou out of the said Village.
Mr. Kebba Secka is a Journalist and a member of the “Ndigal” sect, was arrested on 12th June 2020, at the said Village by officers of the Police Intervention Unit headed by Sergeant Lamin B. Darboe, Corporal Yusupha Ceesay and Lamin Ceesay the station officer of Njau Police station.
He was detained at Njau Police Station for two days and subsequently charged with obstructing Police officers.
The acquittal and discharge of Journalist Secka came as a result of a ‘no case’ to answer submitted by his lawyer Sheriff Kumba Jobe.
In delivering the ruling on the no case, the trial Magistrate said the burden of prove beyond reasonable doubts lies on the shoulders of prosecution and that he who alleges must prove. Since the prosecution fail to prove their case, the Court relied on section 166 of the Criminal Code of which the defence counsel quoted when submitting the no case, was upheld by the trial Magistrate to acquit and discharge Journalist Secka accordingly.