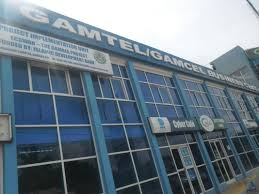 Reliable information gathered by Trumpet Newspaper within Gambia Telecommunications Company Limited (Gamtel), revealed how the one time most progressive government company has lost hundreds of millions of Dalasis invested in a ghost project which never materialised due to the manner it was handled causing serious mismanagement of funds that suppose to sponsor the project. The project refers to as the ‘Tower Project’ supposed to cover the whole of Upper River Region (URR). It was awarded to a company call ‘Learner’s said to be owned by Balla Jassey. Mr. Jassey is a Telecom expert and also the proprietor of Mobicell Company.

The project started in 2012 was headed by Alimatou Jallow the wife of then Deputy Seedy Jaiteh and Abdoulie Jallow deputy senior Manager. Many Gamtel senior staff and managers also transferred themselves to the luxurious tower project. Pa Modou Gassama was the manager of the fibre section of the project. It was supposed to be fully operated and handled by Gamtel/ Gamcel engineers who were sent for two months training in Holland. But to the surprise of the Holland trained engineers, the contract was diverted and awarded to Leaner’s, a private company own by Balla Jassey.

Since the inception of the project in 2012, Leaner’s was only able to installed empty Towers (antennas) in Nyamanar, Jah Kunda and Sandu Dasilame, without any cable connection installed and was finally abandoned in 2016.

Thanks to then Gamtel General Manager, Baboucarr Sanyang and several senior managers who transferred themselves to the luxurious project with the assistance of Leaner’s company, the project became bankrupt leaving the sites and installation materials idling at the said places.

Both Gamtel and Leaner’s could not be reached for comments. We will make follow up with them.