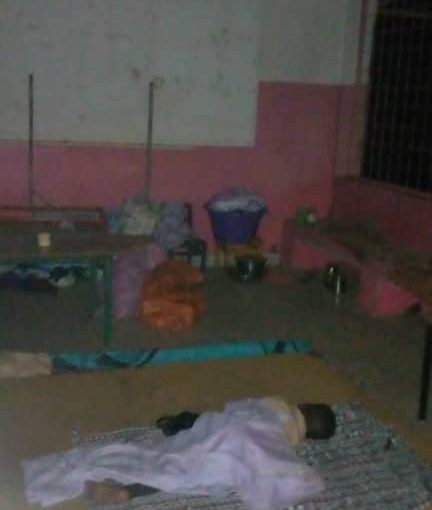 Nine (9) Teachers at Mariya Lower Basic School in Central Badibou, North Bank Region, have been homeless since the 7th July 2021 windstorm that rendered their teachers’ quarters inhabitable, and are now sleeping in one of the classrooms since the beginning of the 2021-22 academic year in September.

The Mariya Village School which started as a nursery became Lower Basic School in September 2012. But the last July windstorm which affected the entire Village did not spare the Teachers’ four bedroom apartment with occupants narrowly escaped with their families including newly born babies when the calamity hit their residence.

According to sources that spoke to this reporter, efforts were made by the school administration through the Gambia Teachers Union and the Regional Education office for assistance to repair the damaged roofs and ceilings but help is yet to come forth. “Our complain and predicament is known to both the Regional Education office and Gambia Teachers Union”, says an aggrieved teacher.

When the National Disaster Management Agency (NDMA) visited the said village to assess the damage and losses for compensation they were told the school house was also part of those to benefit from the fund. But they were never given any support from NDMA.

Sources within the School said they wrote a letter seeking assistance from ‘Future in Our Hands’ and is currently under review.

However, after the resumption of the academic year the teachers had no choice but to use one of the nursery classrooms as a bedroom at night and a classroom during the day.

The five (5) female Teachers are currently being hosted by a village youth who sacrifices his single room apartment for them to squeeze each other in.

The School is also without any water supply and Teachers depend on villagers for help to cook and wash their clothes.