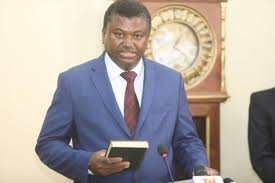 Information investigated by Trumpet Newspaper and confirmed by a government official revealed that the much-talked about allowance expenditure of the monies allocated to fight Covid-19 pandemic, was indeed initiated by Dr. Ahmadou Lamin Samateh himself out of a good will gesture. But, instead the whole issue turned out to be a “scam and conspiracy” against the minister, who’s unaware that his empathy towards the tireless frontline workers without allowance will be hijacked and used as a money-making venture for some officials of his Ministry and that Finance Ministry.

It ended up in a race, where names had been duplicated and listed almost at the same categories of workers to be compensated with which amount. The said allowance was initiated only for those working at the frontline and were facing high risk from the Virus.

According to our sources, the issue was discussed at cabinet level, brought by Dr. Samateh, who applauded his team working at the frontline since January to March without any allowances or any financial support. Those frontline workers were using their own money to travel, buy food, and credit to make calls, hence the reasons why Samateh deemed it worthy to allocate a certain amount to motivate them.

Among those to be benefited were those regarded at high risk for Covid-19, the nurses, lab workers, security team, border team and Communication team.

When the idea came out, as per our sources, the number of names listed was more than 2000 persons but Samateh rejected it outright, and called for a fresh accountability of all the names submitted.

In a chat with Mr. Modou Njai, on Wednesday 27 May, the Director of Health Promotions and Education at the Ministry of Health, confirmed that the issue was indeed brought up by Dr. Samateh, but his intentions were dashed away as to the manner the matter ended up.

Njai indicated that from January to March, none of them, including himself, Dr. Samateh, field workers, laboratory workers, nurses, drivers, securities and cleaners working at the quarantine centres, treatment centre and at border check-points were receiving any allowances without any complaint. Though they use personal resources to operate full-time.

Mr. Njai said the idea was brought up by Dr. Samateh to set an amount aside as a kick-start to motivate frontline workers. But the whole issue turned out to be a scam by few people who are only interested in receiving money at the peril of others.

The health promotion specialist however, asserted that the intention was borne out of goodwill and all the staff and other workers welcomed the move and supported the Minister without knowing that, few among them are out to do no good about the whole process.

The health Promotions director further told this medium, there were three categories of frontline workers, namely high risk workers; medium risk workers and low risk workers. He concluded that all the three categories were included in the allowance list, but the difficulty they had was that names were duplicated and listed among all the levels.

“It was very unfortunate but thank God the Minister was adamant and instrumental and was able to detect any foul play in the whole process. Things are now in order and such will never arise again because we have learned from the previous case”, Njai stated.