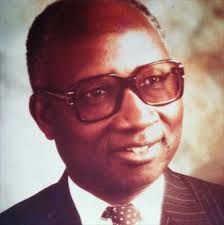 Reliable information gathered by Trumpet Newspaper from family friends of late President Sir Dawda Kairaba Jawara has it that not a single person representing the government of President Adama Barrow has attended the 40 days charity of Sir Dawda.  Jawara, the founding Father of the Republic of The Gambia, died on 27 August 2019 at Fajara, Bakau and was laid to rest on Thursday 29 August at a State funeral at the National Assembly grounds in Banjul.

According to the information monitored by this medium from close family sources, the 40 days charity was held at the Family home at Fajara, on Saturday 5 October 2019. The last Islamic rites after death was offered by family members and close friends who gathered at Jawara Kunda, was conducted in a low form and was never attended by any person on behalf of the Gambia government.

However, the lack of attendance of any State delegate to pay their last respect and pray for the Soul of the founding father never went unnoticed by family friends who gathered there. The friends also observed that since the demise of the country’s independent hero, the current administration did not delivered to expectations as to how to honour the man as done in other African countries. Not even a former President or a sitting head of State was invited to attend Jawara’s funeral.

The family friends said though they did not feel bad about the in-action taken by the Barrow government, knowing very well how Jawara lived his life. But the fact of not sending a single person to represent the government at the 40 days charity does not tell well.