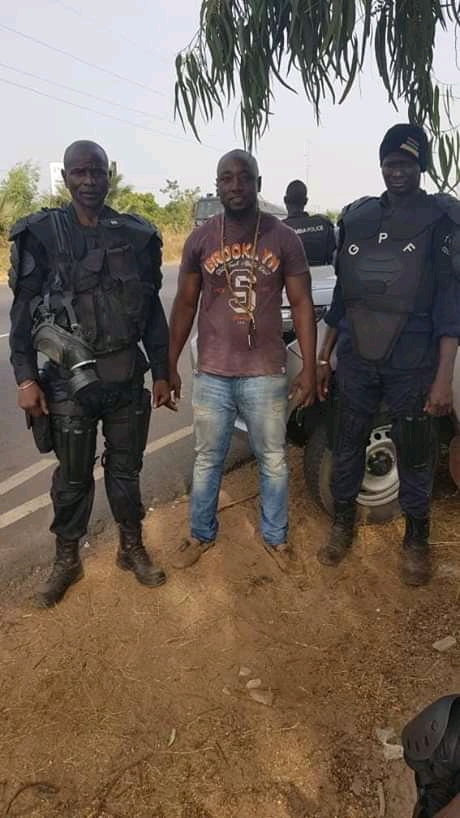 Trumpet Newspaper has done an intensive investigation into the public disturbances which occurred on Sunday, 26 January, 2020  between ‘3 years jotna’ political pressure group, the Gambia Police Force (GPF) and supporters of President Adama Barrow. Even prior to the incident, in which, according to the State, 137 people were arrested, 17 police officers and 7 protestors injured, the Trumpet had reliably learnt about a planned counter attack hatched by Barrow supporters in collaboration with some government and security officers. The plan was to infiltrate the peaceful protestors in order to provoke confrontation and clashes with the security on the ground.

The security personnel, it has been gathered, were put in a mood to taste their modern equipment. And, by doing so, they have to provoke a confrontation to enable them to use their gears.

One of the reasons for the first denial and last minute issuance of permit by the Police were all part of the strategy to deal with the ‘3 years jotna’, as this medium was informed.

Few days before the protest, our sources within the political elites of the government hinted about the preparedness of the State to teach harsh lesson to the protestors in order to put an immediate end to any looming threat to the presidency. Since the ‘3 years jotna’ is seen as a threat to President Barrow, the State decided to lay their plans to tackle the movement in a harsh manner.

A senior member of National Reconciliation Party (NRP) has alerted a family member with warnings not to go near the area of the protest as the state has planned to heavily handle the protestors.

According to our sources, certain persons (names withheld), from within the ‘Barrow for 5 years’ movement in conjunction with some senior security officers and politicians were at the centre of the plan to provoke the protestors to clash with the Police.

The newly well-equipped Gambia Police Force is in a haste to test their riot gears and equipment on their fellow citizens. For some officers, it was like a fanfare for them to display and unleash their equipment and might on the unarmed civilians. Police officers were seen taking self photos in a jolly mood.

The actual plan, our sources claimed, was for infiltrators and detractors from the pro-Barrow camp to gather within the nearby bushes near the protest site and wait in an ambush for a signal from their partners. Few Barrow supporters were to provoke the protestors to create a violent scene so as to generate response from the Police who were already in the picture of the plan.

More than a dozen sources confirmed to Trumpet that a motorbike rider, identified as one Masereh Kanteh from Sabi in Upper River Region, rode into ‘3 years jotna’ crowd and almost knocked down one of our sources. The sources said if he didn’t move faster, the biker would have injured him. Several other sources also confirmed seeing a man within the crowd at the same time with the biker shouting ‘Jammeh must come back’. He is widely believed to be a Barrow militant disguised as a Jammeh supporter.

The incident of the biker, the so-called Jammeh supporter and the explosion of gas canisters into the crowd from the Police happened almost at the same time. The three incidents appeared to be connected. Several government and other private-numbered vehicles were parked in the bushes and men were seen coming from those directions joining the Police in the attack against the protestors. Within a minute, a Police officer was seen by several people throwing a stone into the crowd which landed on the mouth of one Abdou Darboe, causing severe injury and bleeding.

Some youths in plain-clothing believed to be Barrow militants were seen mingling and taking photographs with Police officers at the scene. The Police were in solidarity with them. Even when protestors were fleeing from the scene, the counter protestors were chasing them with stones and other weapons while the Police stood aside and looked. The youths that claimed to be Old Jeshwang residents were on a mob justice rampage against the ‘3 years jotna’ movement without any intervention from the Police.

However, when the Police Public Relations Officer ASP Lamin Njie was approached for comments on the subject he refused to meet or even entertain the reporter.