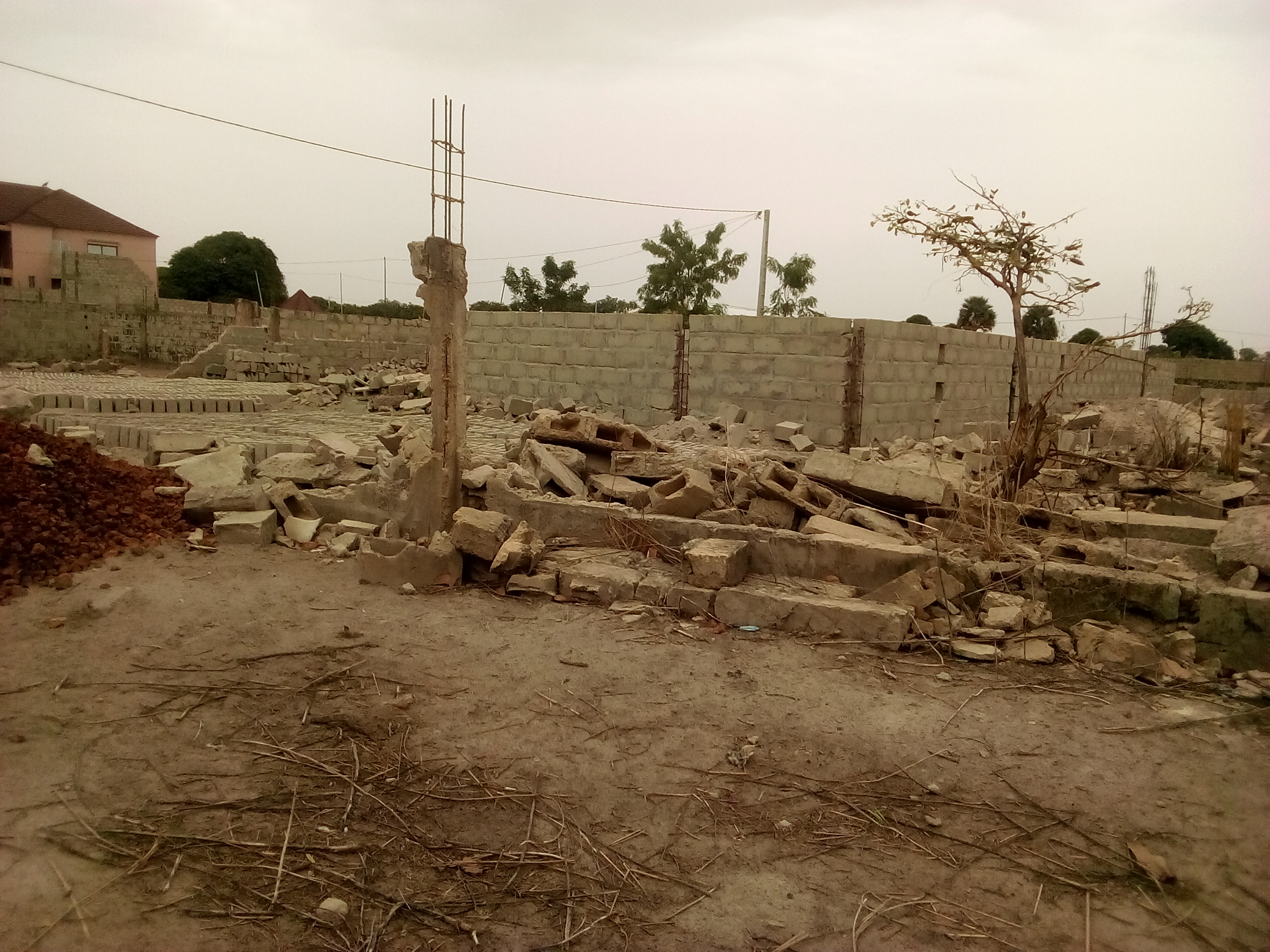 Land ownership problem is the order of the day in the Gambia, causing chaos, physical confrontation and lawsuits between families, loved ones and land dealers during the former and present governments.

The problem has now escalated from bad to worse as warring parties tends to take the law in their hands.

Of recent, the Sukuta sixteen, the pandemonium at Farato, chaos between Busumbala Jatta Kunda-Jobe kunda at Tawto-Daru and the New Jeshwang garden palaver are clear manifestations of land fraud and corruption within the Ministry and departments responsible for lands administration.

The Trumpet Newspaper decided to mount an investigation into the dispute between Jobe Kunda family of Serrekunda headed by Adama Jobe and Jatta kunda family of Busumbala, the traditional owners of a settlement call Tawto-Daru, was as a result of unscrupulous government officials in conjunction with Adama Jobe to defraud the Jattas of their land and used it for personal gains.

The said land area was demarcated by Mr. Jobe with the assistance of officials from physical planning.

Though, our investigation reveals that Jobe kunda family leased the said land from the Jattas in 1998 for agricultural purpose.

The said lease agreement was approved by Mr. Ousman Jarjusey who was a senior land official and now a private independent land survivor.

Further investigation reveals that Adama Jobe conspired with unscrupulous officials of Physical Planning and Ministry of Lands and allocate more than thirty percent to the Jobens thus encroaching into the remaining land owned by Jatta Kunda family.

The Trumpet has in possession the demarcated map given to Mr. Jobe and one can conclude by looking at it that it is more than thirty percent.

Out of the blue, according to sources, Mr. Jobe with the support of some officials from Physical Planning, came with dozens of youth and destroyed fences and houses located within the Jatta Kunda territory.

Mr. Jobe claims that the said area falls under his thirty percent share. Almost sixty families were affected by the unlawful destruction caused by Adama Jobe in collaboration with Physical planning.

Further investigation also reveals that Mr. Jobe and Physical Planning officials threatens the Jattas and compound owners that the said area falls under the shared percentage of the Jobens and that they have a Court order to destroyed their buildings and structures.

There was no court order to that effect as investigated by the Trumpet.

Inside investigation at Physical Planning, found out that the previous map and sketch plan of the said area has been thrown under the carpet and a new map was drawn to defraud the Jattas and their clients off their properties.

Several names of senior officials of the Ministry and department of Physical Planning were uncovered to be part of the deal with Mr. Jobe.

It was alleged that seven senior land officials (names withheld) were allocated plots of land by Mr. Jobe as part of their share of the deal.

An in-depth investigation found out that Mr. Ousman Jarjusey, the same land official that approved the lease agreement between Jatta Kunda and Jobens in 1998, was hired to investigate and do an independent survey of the area.

Trumpet found out that Jarjusey’s detailed report recommended that Mr. Jobe has overstepped his percentage and had encroached into the Jatta kunda remaining land which was never part of the leasehold agreement.

The report, which was submitted to Permanent Secretary Buba Sanyang of the Ministry of Local Government and Lands supposed to be discussed by all parties at a meeting to be chaired by PS Sanyang.

Mr. Jarjuysey’s report recommends that a new demarcation be drawn and also found out that certain government officials were involved in favour of Mr. Jobe.

However, after Jarjusey’s report was submitted to PS Sanyang, it was claimed that the Ministry had also engaged another private independent land surveyor, Mr. Modou S. Gaye of CityScape to survey the area.

To the contrary, when contacted M.S. Gaye refuted the claims that he was contracted by the government to survey the said area.

He confirmed that he was approached by the government and there was a visit at the site, but no contract was finalised.

Attempts were made to talk to PS Buba Sanyang about the matter but to no avail. He was said to be on provincial tour.

The reporter was asked to draft a shot note for him with the assurance that he (Sanyang) will communicate back, but since Monday 13th July he was never contacted.

Trumpet also found out that PS Sanyang had informed the parties for a meeting to discuss the content of the report during the course of this week.

The Trumpet is also reliably informed that Mr. Adama Jobe has no ties with the current inspector General of Police Mamour Jobe as peddled on social media.