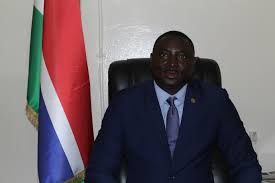 Reliable information reaching Trumpet Newspaper from affected Gambians living in the Mauritanian city of Nouakchott, raised concerns about their fate after been abandoned by their government to evacuate them home amid the outbreak of COVID-19.

The Gambian nationals are stranded in Mauritania due to the COVID-19 pandemic creating border closures across the globe.

According to one of the sources he made several visits and consultations with the Gambian Embassy in Nouakchott, he was told there is no plan of evacuation for Gambians that wanted to return home.

Another source said he met about ten Gambians at the embassy that came to register their names with the embassy in the event of evacuation but for three months now they heard nothing from the government.

Another source who regularly call and visit the embassy said he was told by the diplomat that they did not received any information as to whether there is any rescue mission by the Gambia government.

He lamented that other citizens of other countries within the sub region had sent transports to Mauritania to take their nationals home. That it is only Gambians that are still stranded under the hardship of coronavirus in a foreign land.

They appeal for the government to alert the embassy to issue them with emergency traveling clearance since border restriction between Senegal and Mauritania has been eased.

“We believe we can make it to the Gambia if we are issued with clearance from our embassy to travel from Nouakchott to the Senegalese border”, they lamented.

Contacted for comments, the spokesperson for the Ministry of Foreign Affairs and Gambians abroad, Mr. Saikou Ceesay said the Gambia government has no plans to evacuate nationals from other countries except for those in United Arab Emirates (UAE).

Ceesay indicated that the government did not have the required resources as at now to repatriate any stranded Gambian back home from anywhere apart from UAE. Adding that the two countries are working together to bring Gambians home.

‘There may be possibilities if resources are available but as at now we are over stretch during this pandemic. Government is concern but having lots of issues at home and abroad. We are preparing for a major economic recovery after the pandemic’.

He concluded that government has no plans for those in Mauritania and other countries.