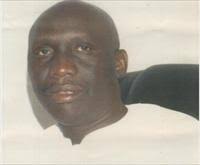 Former top Cop of the Gambia Police Force, ex-narcotic senior officer and former Intelligence operative of the National Intelligence Agency (NIA) now State Intelligence Service (SIS), Mr. Foday Barry who was accused by a witness at the ongoing Truth, Reconciliations and Reparations Commission (TRRC), of presiding over severe torture he endured in the hands of the operatives of NIA in September 2011, has described the witness as a blatant fabricator of lies. Mr. Barry vehemently denied knowing or meeting Lamin Jobe who appears as a witness at TRRC on Monday 24th February 2020.

Speaking to the Trumpet via telephone, a calm and comfort looking Barry said he is neither bothered nor disturbed by the severe allegation meted against him by the TRRC witness. ‘I was not working at the NIA then and I was nowhere near NIA neither can I presiding over matters there. I was a narcotic officer then operating at Holigam in Kanifing. I even thought that man was day dreaming’.

During his testimony at the TRRC, Mr. Lamin Jobe who described himself a militant of the United Democratic Party (UDP) way back in 1996 alleged that he was arrested at his work place at the Banjul Ferry Terminal on a Saturday evening in September 2011. After been picked up by NIA operatives, he was blindfolded and driven to NIA Headquarters at Marina Parade in Banjul.

The ferry Services operator said he was received by a senior operative he knew as Foday Barry who swore to him in Mandinka language that after they the NIA finishes with him Jobe his wife will be of no use for him. Jobe said he was escorted into a small room where he found four men all drunk with alcohol stinking all over their body and bottles of different hard liquors scattered on a table. He said he was force to undress and electrocuted on his genitals which rendered his manhood useless. Jobe framed Barry of instructing and supervising his tortured at the NIA to the point of losing his manhood.

However the Trumpet found out that Mr. Foday Barry, who joined the Gambia Police Force in mid 1970s, rose through the ranks to a Police Commissioner, was never an officer of NIA in September 2011 as claimed by Mr. Jobe. During the military transitional period he was transferred to the NIA from the Police. In August 2002 he was redeployed to the Police as the Officer Commanding Fraud and Commercial Unit. After four months, he was transferred to Kanifing Division as Commissioner responsible for Policing the Municipality.

Seven months into his Policing of KMC, he was eventually dismissed by the Public Service Commission. Again in March 2006, after the 21 March foiled coup, he was reinstated back to his former rank as an officer of the National Intelligence Agency. His urgent recall to the NIA was due to his experienced as an Israeli trained intelligent officer experienced in investigating severe crimes and fraud. Within three weeks of his reinstatement, he was arrested, detained and later charged with treason for a crime he was brought to investigate. After twenty months at Mile II Prison in incommunicado, he was released in late December 2007 without trial. Whiles in incarceration, he was dismissed from the NIA.

In June 2010, the Public Service Commission has rescinded his dismissal and reinstated him as Director of Intelligence and Investigation at the National Drug Enforcement Agency with immediate effect until in May of 2012, when his service with the Gambia government was finally terminated.

Interestingly, Barry was reinstated and retired at the same time, but his dismissal and retirement was never paid. Only his service was ‘connected for the computation’ of his retirement benefits.

A former narcotic colleague of Mr. Barry, retired Commissioner Ebrima Kunchi Jammeh dismissed the allegations by TRRC witness as malicious and nonsense. He angrily stressed that Mr. Jobe should be taken for mental fitness checkup. ‘That man needs serious help, he cannot be a conscious person and fabricate such unfounded and malicious lies which he cannot substantiate,’ Kunchi stressed.