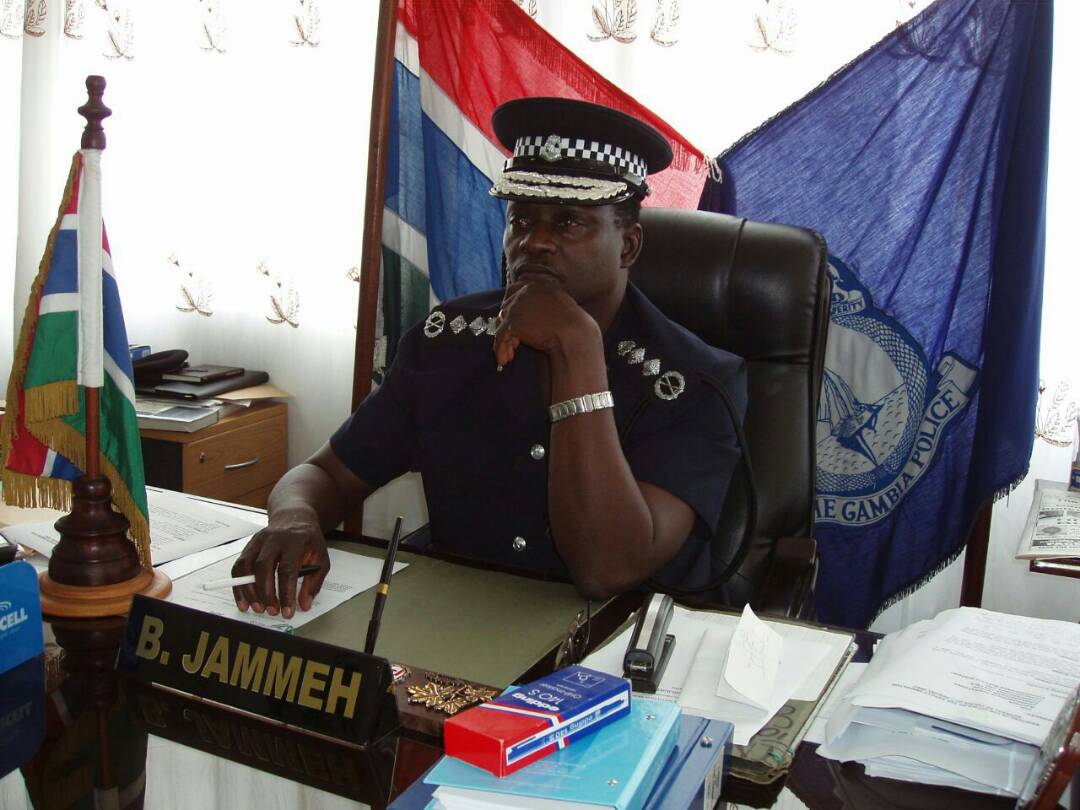 It was on 21 July 2005, when about Forty Four (44) young men purportedly would be migrants from Ghana and other West African countries arrived on the shores of the Gambia to catch a boat that will ferry them to Spain were arrested along Barra beach by Station Officer Jawara Demba. Ten others were also arrested behind Albert Market in Banjul including their Gambian agent Lamin Tunkara by officers of the Gambia Police. Lamin Tunkara is a Gambian from Badibou Kinteh Kunda- Marong Kunda a known agent for ‘back way’ travellers to Europe. Tunkara’s house in Tallinding Kunjang was ransacked by the arrestors and a sufficient amount of money in foreign currencies was taken away. A day later 8 death bodies were found lying in the outskirts of Ghana Town in Brufut.

The first case file and photographs of the dead bodies taken by Police Photographer Alieu Njie was prepared by then Crime Management Coordinator (CMC) Pa Amady Jallow, went missing between the offices of Inspector General of Police, Attorney General’s Chambers and the offices of National Intelligence Agency (NIA). The file found its way to the Ghanaian Embassy in Dakar, Senegal. CMC Jallow was removed as CMC and moved to Kanifing Division as Commissioner of Traffic after making comments of suspected foul play in the death.

In 2008, as the Ghanaian government mounted an international campaign against Yahya Jammeh for the mysterious death of their citizens, Jammeh instructed IGP Ben Jammeh to investigate the matter. But Jammeh wanted the investigation to start from Senegal where the migrants started their journey from. However, IGP Ben insisted that the investigation must start from the crime scene which was in the Gambia.

Half way into the investigation, Ben Jammeh was dismissed and the team of investigation led by season Police officers CMC Burama Dibba and Superintendent Ebrima Kunchi Jammeh were arrested, detained for three months without trial and subsequently dismissed.

Investigators also found some traces of monies and personal belongings confiscated from the Ghanaians were been kept by Inspector Malamin Ceesay on the orders of then IGP Ousman Sonko. By this time Ousman Sonko was Minister of Interior but was telephoned by IGP Ben Jammeh to surrender monies in his possession. He agreed but never does so until Ben was removed as IGP. Statements were obtained from both Inspector Ceesay and Corporal Ndure.

Tumani Sanyang a senior Police Officer was also interviewed by investigators and he confirmed he was in charge of some of the personal belongings of the Ghanaians. He opened a drawer in his office and showed the investigators articles which include wrist watch, gold plated crucifix, rings and bangles.

When contacted, former CMC Burama Dibba confirmed heading the investigation and statements obtained from Inspector Malamin Ceesay, Sainey Ndure, Barra Station Officer Jawara Demba, Immigration officers at Barra, Police photographer Alieu Njie and Tuman Sanyang. He said his team could not obtained statement from Navy Lieutenant Jarjue who was out of the country at the time. Jarju was the Navy Lieutenant who escorted the migrants from Barra to Navy base in Banjul on board the marine boat. From there they were distributed to different security detention centres in the Kombos.

However, Dibba said immediately after his dismissal as CMC in early May 2009, he handed over the case file to his successor Ensa (Jesus) Badjie. Dibba alleged that the first file Ensa Badjie demanded from him was the Ghanaian case file. Badjie, according to him hide the file under his armpit in the presence of Police Prosecutor Habib Sanyang.

Ensa Badjie, in a chat with this reporter categorically denied receiving the Ghanaian case file from Dibba. He confirmed taking over the office of CMC from Dibba, but never at any point in time he specifically demand any file from his predecessor.

The one time most famous Inspector General of Police, Ensa Badjie swore he never took part in the Ghanaian case be it investigation or anything about the case. The time of the incident in July 2005, he was on a peace mission abroad. He also dismissed the allegation made against him that he on the orders of Yahya Jammeh destroyed the case file handed to him by Burama Dibba including the Barra Police Station Diary pertaining to the matter. Said he never fabricate any information concerning the death of Ghanaians.

Ensa Badjie is accused of tampering with the evidence of the Ghanaian death case file and was ordered by Yahya Jammeh to prepare a different misleading report which was subsequently handed over to the UN-ECOWAS team in the case. The said report exonerates Yahya Jammeh and the Gambia government but merely put blame on some rogue elements of the Gambian security forces that killed the West African nationals without any authority. The report also calls for the prosecution of one Captain Taylor and Lamin Tunkara for their involvement in the matter.