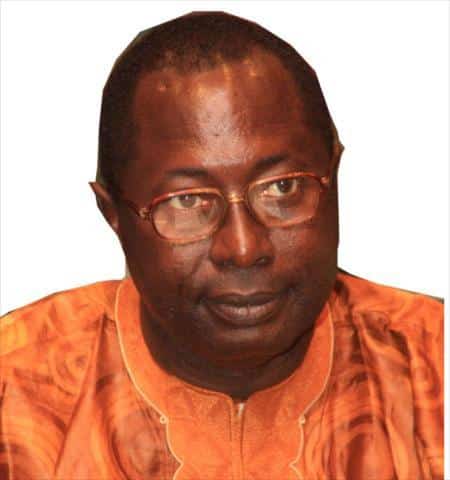 Information received by Trumpet Newspaper confirms that Police at Latriya Station has on Wednesday2ndDecember 2020 detained prominent lawyer, former High Court Judge and ex- Attorney General and Minister of Justice Lamin Babadinding Jobateh alongside two family members of Jobe Kunda of Serrekunda on allegation of obtaining money by false pretence and conspiracy by selling a plot of land of which they did not owned.

The other detainees, Adama Jobe and Sheriff Jobe were charged with conspiracy by signing a document that the said land falls under their leasehold which is false.The plot of land is 20 metres by 22 metres located at Jabang. It was sold to the complainant for D575, 000 since 2018 without providing him with proper documents of ownership.

The trio were granted bail after spending hours behind the bar. They are to report back on Monday.

The Police Spokesperson, Superintendent Lamin Njie confirmed that a complaint was lodged against Lawyer Jobateh on a matter of obtaining money in relation to a piece of land which the complainant paid for to lawyer Jobateh and could not get ownership of the land nor get his money back.

Superintendent Njie said the case is under investigation at the Serious Crime Unit of the Police.

Readers could recall that the same Jobe kunda family is currently involved in a land tussle with the Jatta Kunda clan of Busumbala at Jabang- Tawto-Daru which are within the farmlands of Busumbala.