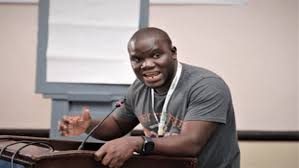 The Gambia Press Union, with support from the British Government’s Foreign, Commonwealth and Development Office, over the weekend held a two-day sensitisation on access to information and media self-regulation for community radio broadcasters.

Held from the 12th to 13th February, 2021 in Yundum, the awareness raising event seeks to broaden the knowledge and understanding of community broadcasters on access of information (ATI) and the working of the Media Council of The Gambia (MCG).

It is also meant to enhance local communities’ knowledge and understanding of ATI and media self-regulation and why they are important in Gambia’s democratic processes.

The ATI Bill, which is currently in parliament, is an opportunity for the public to utilize their right to know, the President of the Gambia Press Union, Sheriff Bojang Jr., said at the opening on Friday.

“What the ATI bill seeks to do is to open a window of opportunity for people to have access to information, to further the processes of transparency, accountability, and to strengthen the democratic gains,” Bojang said.

The sensitisation for community broadcasters is a part of a series of activities aimed at strengthening ongoing efforts at building a national consensus on ATI and media self-regulation.

Community radio broadcasters can play a significant role in raising awareness on access to information because they are easily accessible.

“Community radios have a unique ability to put information into context for their communities in getting them to understand the importance of having an access to information law,” the British High Commissioner to Banjul, David Belgrove, said.

“Freedom of information is a basic fundamental human right,” Belgrove said in his keynote address. “It’s also essential in a democracy to hold government to account.”This GPU project seeks to address public misconceptions about ATI and media freedom and contributes to reform of laws, policies and practices to enable and ensure free flow of information and responsible journalism.

gpuy“The country cannot make headway without the active participation of community radio broadcasters – in informing the masses and the communities they are serving,” he said.

He urges the participants to make best use of the opportunity available to them, so that they can effectively raise awareness on ATI and media self-regulation in their communities.In 2018, the Gambia Press Union set up the MCG as the country’s first media self-regulatory and public complains mechanism.

“Our objective at the Council is to have a vibrant and independent media in The Gambia,” its Executive Secretary Junkung Jobarteh said. “…and that cannot happen if there is not some form of oversight on the excesses of the media in the country.”

The implementation of activities under the three-month project began on 8thFebruary, 2021 with a nationwide sensitization tour on ATI and media self-regulation.