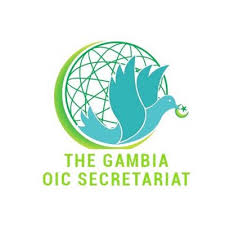 The Gambia is in preparation to host the OIC summit in 2021, so on Wednesday, 27th October, 2021 His Excellencies the President and the Vice President, accompanied by cabinet ministers, permanent secretaries, and other senior government officials, attended a big rally in Brufut to celebrate the commencement of the construction works of 20 roads, totaling 50 kilometres, within the Greater Banjul Area and the West Coast Region.The highlights of the occasion were the laying of foundation stone in two separate locations in the project area, one in Brufut and the other in Bundung.

The roads are funded by the Saudi Fund for Development (SFD) to the tune of $50 million, and are earmarked to improve the motorable conditions of the roads and to help ease the growing traffic congestion nightmares in the urban areas, especially during rush hours.

While Lot 2 is under another joint venture between PAVIFORT/GAMBISARA/HUTA and they will construct Brufut-Touba, Sanchaba-Kerr Serign, and Sukuta –Wullingkama- Brufut –Ghana Town, among other roads. This construction duration is for 14months as well, covering a total distance of 29km.

Speaking at Brufut, His Excellency the President told the cheering crowd that when completed, the new roads will significantly improve the conditions of the roads and will help to de-congest the urban traffic and boost the socio-economic activities of the communities living in the affected areas.

President Barrow further stated that the roads which will be built to the highest standards, will be fitted with solar street lights, parking areas,drainage structures, and footpaths for pedestrians.

“This occasion strengthens our hopes for a better future with up-to-date highways and sustainable roads network, to facilitate movement and economic activities within the Greater Banjul Area and West Coast Region.”

The President commended the Ministry of Transport, Works and Infrastructure, the National Roads Authority, OIC secretariat, and other stakeholders for their efforts in ensuring that the event was held successfully. He further thanked the Saudi Fund for Development for providing the necessary funds for the civil works.

Hon. Bai Lamin Jobe, Minister of Transport, Works and Infrastructure (MoTWI)said the ceremony marks the beginning of the long-awaited and much talked-about project for the construction of urban roads, in particular the 20 new OIC sponsored roads in urban Gambia.

“This project is in line with the National Development Plan- NDP, and is part of the preparation for the hosting of the OIC summit in The Gambia in 2021,” he said.

Minister Jobe further stated that the country’s urban roads need to be upgraded and expanded, due to the growing volume of traffic, and the need to provide solutions to the traffic congestion. According to him, the roads when completed, will have proper drainage facilities, solar street lights, parking areas and proper sign boards, he said.

“The primary aims of this project are to reduce travel time of commuters, minimize pollution from vehicles, and to manage better the traffic in general, especially during the OIC summit in 2022 in particular,” he stated.

Lamin Sanneh, Governor of West Coast Region, expressed appreciation of the great infrastructure development in his region.He described the project as a milestone not only for the people of his region, who are the direct beneficiaries, but that it will greatly benefit the people of the entire country.

Yankuba Dibba, the Chief Executive Officer of the OIC Secretariat – The Gambia, said the commencement of civil works could have started earlier, but because of Covid-19, it was not possible to start the project as planned.

Mr. Dibba, therefore, called upon the project implements to do their best, stating that the summit is important in terms of socio-economic development of the country.

Another speaker at the event was Ma Lamin Manneh, Alkalo of Brufut, speaking on behalf of his village and those of the environs thanked the government under the leadership of President Adama Barrow, for bringing such a needed infrastructure project to their door step.

The Alkalo remembered those difficult moments when going or coming from Brufut used to be a big challenge to the communities because of the bad conditions of the roads.

It is noted that soon after the award of contracts in October, the contractors CSE/ALFAHD/SSTP and PAVIFORT/HUTA/GAMBISARA, immediately started mobilizing their equipment and manpower, including the setting up of site camps and asphalt plants, for the commencement of the works on the roads.