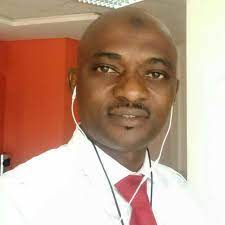 The Councillor of Gunjur Ward, Kombo South, Mr. Momodou Charreh Jibba has written to the Chairman of Brikama Area Council Mr. Sheriff Sonko and lady Councillor Fatou Jallow to resign from office as the two were caught on audio in what is described as sexual scandal and abuse of office for sexual pleasures.

The petition dated 16th November 2021 and copied to all West Coast region Councilors, reads as follows:

The Office of Chairman of Brikama Area Council is an honorable office that deserves and commands huge respect and high integrity. Any occupier of this honorable office is expected to uphold the high integrity and dignity of this office as enshrined in the oath of office. Hon Chairman, you took oath to uphold the integrity of this office, and to execute your functions accordingly without fear or favor, affection or ill will. Hon Chairman, you are also hereby reminded that Brikama Area Council is neither Sonko Kunda, Barrow Kunda nor is it Darboe Kunda or Gibba Kunda. It is only a privilege for one to serve in that office, and therefore any Act, behavior or conduct that undermines the integrity, dignity and reputation of Brikama Area Council is regarded as an abuse of office. With the revelations taking rounds in the social media exposing the shameless, indecent, immoral and pornographic character of the Chairman – Sherrifo Sonko and dishonorable Fatou Jallow are sufficient reasons for both of them to resign.

Sherrifo Sonko and Fatou Jallow have shamed our high office and the institution as a whole. They might be shameless but we, as honorable Councilors are very much concerned and disturbed by this scandalous revelations – the manner, behavior and conduct of these people by using the office and the “travel” programs of Council in exchange of their sexual desires. We cannot ignore this irresponsible behavior because the reputation of Brikama Area Council is grossly damaged. Brikama Area Council is struggling to build its reputation, public trust and confidence, therefore this immoral conduct of Sherrifo Sonko and Fatou Jallow is not acceptable.

They must not use the office and the “Travel” programs of Council for their personal activities. Today, I am vindicated. I wrote to Sherrifo Sonko questioning him why Fatou Jallow has been travelling all the time while we have 7to 8 female councilors. Now, the truth has come out. I was informed about this but there was no evidence, so here we are. Apologies to Council would not be sufficient, only to resign and save yourselves from further humiliations. Your conduct and behavior is untenable, dishonorable and will not be accepted, so just do the right thing is to resign. Hence, I took oath to serve without fear or favor, affection or ill will; I am hereby calling on both of you to resign immediately for an abuse of office and the “Travel” programs of Council.