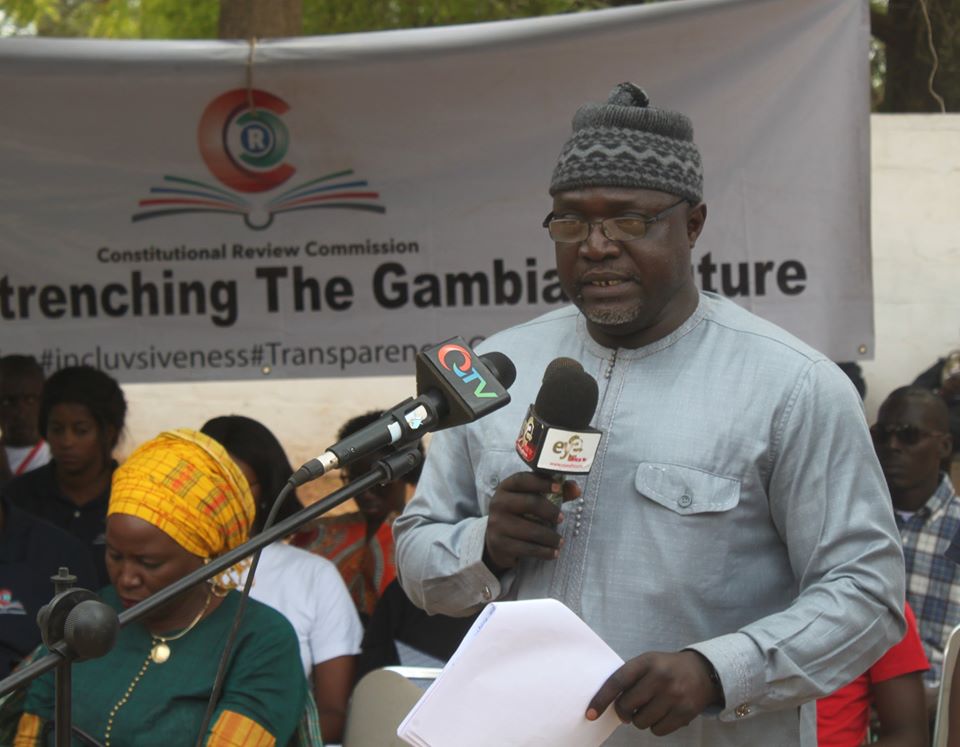 The Constitutional Review Commission (CRC) continues to tour the country in their guest to consult and engage the masses with the content of the draft constitution, however unlike the Banjul meeting, the turnout in the two regions of the Gambia was impressive and promising as Gambians from all works of life freely express their views and opinions concerning the would be Constitution of the Republic of the Gambia.

In Fass Njaga Choi, Alkalos and representatives of the people voiced out their worries as to who is qualify to be a Gambian citizen. Speaker after speaker warned of the dangers to easily handover Gambian citizenship to foreigners whom one way or the other may not love the country at heart.

Ousman Jallow from Mbantanding Wollof, said the issues of citizenship should be easily spelt out in the constitution to the understanding of every citizen. He said to deny a child born in the Gambia to non Gambian parents should be properly looked into by the National Assembly.  He challenged the section which guaranteed citizenship to a child found in the Gambia whose parents are not known. He calls for citizenship for all children born in the Gambia regardless of the nationality of their parents.

Ousman Choi a native of Fass pointed out his frustration about how easily Gambian citizenship is acquired by non Gambians. And call on the border villagers to vigilant and truthful when it comes to given attestation to people to get Gambian documents.

Turn after turn, Commissioners took time to explain in details sections and sub-sections of the draft constitution followed by comments and views from the audience.

Badibunkas raised concerns about the presidential age qualification to be adjusted from thirty to forty years. Since they believe the 22 years of dictatorship and human rights violations against innocent citizens was due because power was in the hands of young immature leaders. They decried that maturity of a thirty year old man or women to lead a nation should be carefully into. Such position, they insist should not be left with an immature persons.

Almost all the commentators in Badibou raised strong voices about citizenship and calls on the National Assembly to carefully debate over the matter.

However, the Alkalo of Mamury Kunda, Momodou Lamin Sowe calls for the flexibility of citizenship and posited that citizenship should be given to any child born in the Gambia regardless of origin of parents.

Pierre Waka of Farafenni and Momdou Marr of Jokadu both expressed the same sentiments as to citizenship. Both call for National Assembly to carefully debate over the issue before passing any recommendations.

‘We should thoroughly look into the issue of gross border students before given them our national documents’, decried Chief Moro Jawla. Another speaker posited that government should create specially ‘birth certificates’ to Gambians and non Gambians that were born in the country to differentiate who is Gambian when it come to acquiring national document like voters and identity cards. He added that as far as both Gambians and non Gambian alike shares the same birth documents which make it very difficult to know who is Gambian when it comes to granting national documents.