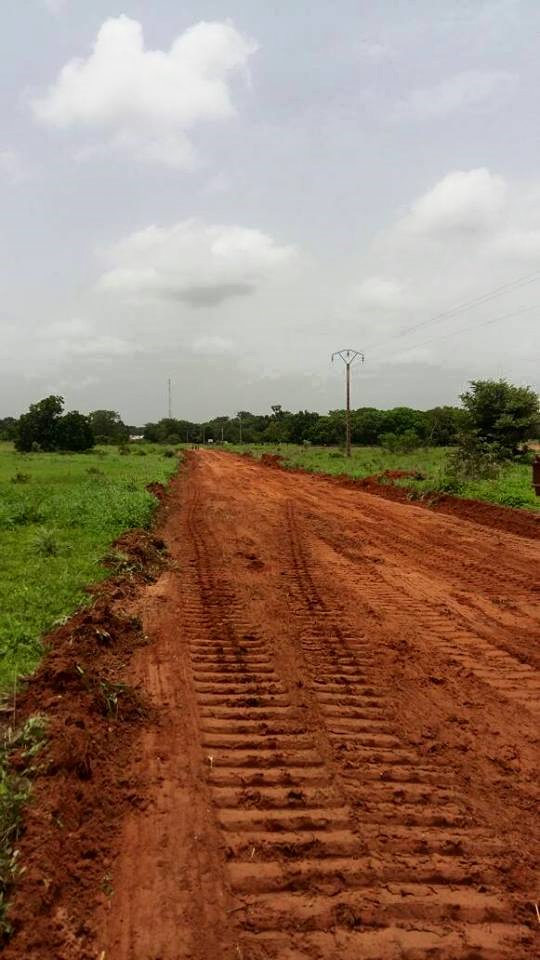 By: Lamin Hydara and Fabakary B. Ceesay

Reliable information reaching this medium from Central Badibou has it that the D 31 Million Banni- Salikenni- Njaba Kunda Sixteen Kilometre feeder road construction has been brought to a standstill for months without progress. The feeder road construction sponsored under the NEMA project has brought joy to the satellite villages but their hopes dashed away after several months without work.

According to the beneficiary villages, the construction work started in earnest in late last year but has come to a halt for months without progress. The Villagers indicated that since late year no progress was made and workers have so far left the site pulling out all their construction materials and tools.

A concern villager from Salkikenni lamented that couple of months ago work has come to a stop and to their biggest surprise, last month the workers started pulling out their caterpillars, graders and other tools from the site. He said the information he received from one of the workers a Senegalese national was that the pulled out was due to an unpaid allowances as agreed in the contract.

Investigating into the matter, Trumpet Newspaper can authoritatively report that the Banni- Salikenni to Njaba Kunda feeder road construction was contracted to Mr. Serigne Samba of EBS Construction Company. However Mr. Samba also Sub-contract the project to a Senegalese company ETPB SA. According to our sources, the said Senegalese company started working from Banni to Salikenni and from Njaba Kunda end towards Marong Kunda without receiving any payment from EBS Company. The sources indicated that ETPB SA has used their own motivation and money to pre-finance half way into the construction without any pay.

Our sources also added that after several consultations between Mr. Serigne Samba and ETPB SA without any progress, the Senegalese company decided to suspend work and last month pulled out all their materials.

The NEMA project coordinator Mr. Momodou Kassama could not be reached for comments. However, a senior staffer at NEMA Mr. Alagie Baboucarr Jabang said he could not comment on the issue and refer the reporter to the Communication officer of the Ministry of Agriculture Ms. Aminata Correa. Mr. Jabang said NEMA operates under the guidelines of the Agric Ministry and all information concerning the media should come from them.

Ms. Correa in a telephone conversation told this reporter that the ministry and NEMA have just concluded a country wide tour of project sites. But she indicated that she is not aware of the Banni- Salkikenni- Njaba Kunda road construction. She also refers the reporter back to NEMA for further clarification on the matter.

When contacted Mr. Serigne Samba of EBS Construction Company said the contract was awarded to his company and he sub-contract the work to another company. He said the said company does not deliver up to his expectation and decided to terminate their contract. Mr. Samba indicated that he has informed NEMA about the termination of the contract and a new contractor has already been identified and work will soon begin at the site.

Mr. Samba asserted that he is very concern about the contract duration and that all possible measures are taking place to fulfill the time frame of the contract. He added that the new contractor has already sent tools and materials to the area for continuation of work. He refused to name the said new contractor saying that is irrelevant.

Editors Note: Up to the time of going to press our roaming reporter could confirm that no construction materials has arrived at the area and the beneficiary villages are yet to see any workers at the site since the pulled out last month.