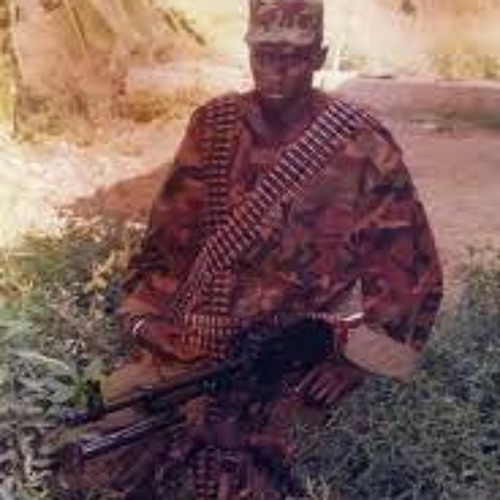 Trial of Jammeh-Era Abuses moves forward in Germany while Gambia waits for accountability.

Berlin, 6 October 2022, a woman who survived the murder of a renowned Gambian journalist will testify on 6 and 7 October 2022 in the German city of Celle at the trial of a man allegedly involved in the killing, human rights groups said today.

Ida Jagne, who was in the car with newspaper editor Deyda Hydara when he was killed in Gambia in 2004, will tell her story in public for the first time at the trial of Bai Lowe, an alleged member of the “Junglers,” a paramilitary “death squad” set up by then-president Yahya Jammeh in the mid-1990s. Jagne is a joint plaintiff in the case.

The trial of Bai Lowe, who had been living in Hannover, began on April 25, 2022 and is expected to last at least until early 2023. Bai L., who has so far remained silent, has indicated, through his lawyers, that he will make a statement in the coming weeks.

Jammeh’s 22-year rule was marked by systematic oppression and widespread human rights violations, including torture, extrajudicial killings, enforced disappearances, and sexual violence against actual and perceived opponents to his rule. German prosecutors accuse Bai Lowe of being a former Jungler driver involved in the Hydara murder, the attempted murder of the lawyer Ousman Sillah, and the murder of Dawda Nyassi, a perceived opponent of the former president.  In its final report  released on December 24, 2021, Gambia’s Truth, Reconciliation and Reparations Commission (TRRC) called for Bai Lowe’s prosecution in connection with the Hydara and Sillah cases, as well as in the murder of 59 West African migrants in 2005.

Witnesses to testify thus far have included German investigators, former Gambian soldiers, and the German asylum judge who interviewed Bai Lowe  Njan Sarang Jobe, the other passenger in the car with Deyda Hydara when he was killed, Pap Saine, the co-founder with Deyda Hydara of the Point newspaper, also testified, as did Fatou Sillah, daughter of Ousman Sillah,  and Hydara’s son, the journalist Baba Hydara, who is also a joint plaintiff in the case. Fatu Camara, a leading Gambian journalist and host of the Fatu Network, who interviewed Bai L. in 2014, is expected to testify on 3 and 4 November 2022.  The court has also used as evidence the report of TRRC, and a 2013 interview Bai Lowe gave to the Gambian Freedom radio station in which he described his participation in the alleged crimes as well as in several others.

The Celle trial is the first to prosecute on the basis of universal jurisdiction crimes committed in Gambia during the Jammeh era. Another alleged Jungler, Michael Correa, 43, was indicted in the United States in June 2020. Correa faces charges of torturing detainees following a failed coup attempt in Gambia in 2006. In Switzerland, an investigation against former Interior Minister Ousman Sonko for crimes against humanity has been ongoing since his 2017 arrest.

In Gambia, the TRRC called for the prosecution of Jammeh and scores of others. A government White Paper, issued in May 2022, accepted this recommendation.  Gambia’s Minister of Justice Dawda Jallow has said that the prosecution of Jammeh, who is in exile in  Equatorial Guinea, and his leading accomplices, will “probably” entail the creation of a hybrid court in partnership with the Economic Community of West African States (ECOWAS), in keeping with the consensus reached in a series of meetings convened by the Gambia Bar Association.  No moves have been taken, however, to create such a court. The “Jammeh2Justice” campaign, made up of victims of the former regime and Gambian and international activists, has called on the government to take concrete steps to bring Jammeh and his accomplices to justice.

“The cases against Jammeh’s alleged accomplices in Germany, Switzerland and United States have shown us that justice is possible,“  said Fatoumatta Sandeng, spokesperson of the “Jammeh2Justice” campaign. “Now it’s time for The Gambian government to act on its commitment to bring to justice Jammeh himself and those perpetrators in The Gambia.”

The human rights groups involved in the Bai Lowe case include the African Network against Extrajudicial Killings and Enforced Disappearances (ANEKED), the European Center for Constitutional and Human Rights (ECCHR), the Gambia Center for Victims of Human Rights Violations, the International Commission of Jurists (ICJ), Reporters Without Borders, the Rose Lokissim Association, the Solo Sandeng Foundation and TRIAL International.