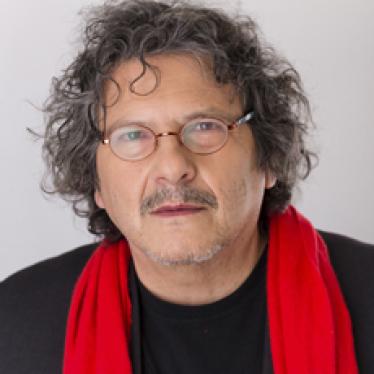 Mr. Reed Brody a renowned International Human Rights Lawyer known for tracking and prosecuting dictators says former Gambian President Yahya Jammeh is not and cannot be exempted from accountability of atrocities committed under his 22 years rule.

Mr. Brody since 2017 has been working with Gambian victims and human rights bodies to bring Jammeh to Justice.

Below is his letter to the editor.

Our organizations write to ask that the United Nations, the African Union and ECOWAS reaffirm that the exiled former president of The Gambia, Yahya Jammeh, should not be exempt from efforts to ensure accountability for alleged grave crimes committed during his rule.

The government of The Gambia has stated on numerous occasions that it intends to pursue justice for the worst crimes committed during Jammeh’s rule. Yet, in recent days, the former president and members of his political party, the Alliance for Patriotic Reorientation and Construction (APRC), have made repeated references to an “agreement” with your institutions that purportedly gave him assurances that if he left office and the country following his December 2016 election defeat, he would not be prosecuted. The APRC has announced that it will be writing to you to seek enforcement of the agreement and its alleged immunity guarantee.

That document, the unsigned Joint Declaration on the Political Situation in The Gambia of January 21, 2017, speaks of “the dignity, respect, security and rights of HE former President Jammeh, as a citizen, a party leader and a former Head of State as provided for and guaranteed by the 1997 Gambian Constitution and other Laws of The Gambia.” It contains no assurance against prosecution, nor should it, as amnesties for international crimes, including torture and crimes against humanity, run counter to international law, including the rights of victims to redress.

As you know, a Gambian Truth, Reconciliation, and Reparations Commission (TRRC) has already heard public testimony from victims as well as confessed perpetrators implicating former president Jammeh in numerous grave crimes during his 22 years in office. These include the rape and sexual assault of women, and ordering or instigating the killing and torture of political opponents, the murder of 56 migrants from Cote d’Ivoire, Ghana, Nigeria, Senegal, and Togo, and “witch hunts” in which hundreds of women were arbitrarily detained. Testimony is still expected regarding the “presidential treatment program,” in which HIV-positive Gambians were coerced to give up their medicines and put themselves in Jammeh’s care, sometimes with fatal consequences.

The government of The Gambia, which was never consulted on the Joint Declaration and has repeatedly rejected it, has noted that Jammeh’s record of “state-orchestrated disappearances, kidnappings, murders and incommunicado detentions, routine torture and incarcerations of perceived political enemies, journalists and members of the armed and security forces” is “being cased for potential criminal prosecution.”

Jammeh’s return to The Gambia under a misimpression that he enjoys an exemption from prosecution could also pose a threat to the stability of the country and its ongoing-transition to democracy. On one hand, the Gambian government has stated it “cannot guarantee … President Jammeh’s safety and security were he to return to the Gambia.” On the other hand, Ousman Rambo Jatta, deputy APRC leader, has declared that any attempt to arrest Jammeh should he return to the country would lead to “bloodshed.” It should be noted that Mr. Jatta recently publicly threatened a TRRC witness who testified that she had been raped by then-president Jammeh. Given the history of threats, Jammeh’s return under protection from prosecution could also derail the ongoing truth-telling process, as other victims could be reluctant to testify about abuses they may have suffered at the hands of or at the instigation of ex-president Jammeh.

Yahya Jammeh, like all persons, is entitled to due process, including the presumption of innocence in any criminal proceedings. He should not, however, be permitted to stand behind the authority of the United Nations, the African Union and ECOWAS to avoid justice for alleged crimes against humanity including killings, torture and rape.

We respectfully ask you to support the government of the Gambia and reject any request to enforce an alleged immunity guarantee.

We have the honor to remain,

Coalition for Change – The Gambia (CCG)

Institute for Human Rights and Development in Africa