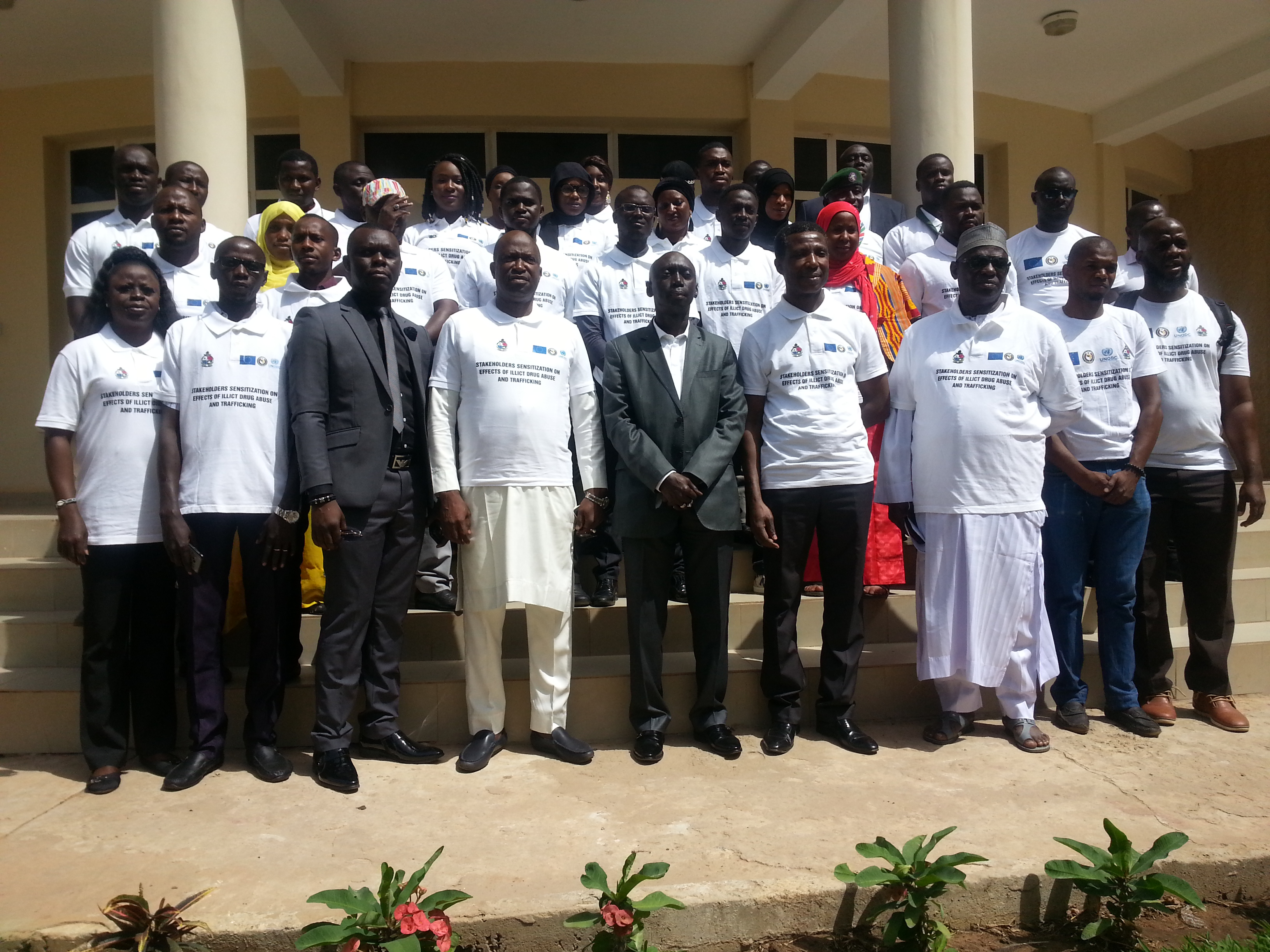 By: Alieu Jallow
The Drug Law Enforcement Agency of the Gambia on Thursday 2 May commences a two days sensitization campaign of stakeholders on the dangers of illicit drugs and abuse.
The principal programme Officer, law enforcement on drugs an project coordinator of ECOWAS Drug unit Mr. Daniel Amankwah commanded the Ministry of Interior and the Director General of Drug Law Enforcement Agency for their relentless efforts in the fight against illicit drugs. He also thank the European Union for the fibacial support under the ECOWAS Commission.
Mr. Amankwah highlighted that the severe impact of illicit drugs have on health, development, price and security has been well recognised and there is no need to enumerate them. He indicated that the world drug report of 2017, indicated that 190, 000 people die yearly of illicit drugs abuse.
He further noted that the regional body ECOWAS and it’s heads of States and government in 2008 has adopted and endorsed the ECOWAS declaration and regional action plan to combat illicit drug trafficking, organised crimes and drug abuse in west Africa(2008-2014).
He concluded that the training program which is very crucial as the need to understand the dangers of substance abuse is a shield to protect the young people who do not abuse drugs and other related crimes.
The Director General of DLEA, the Gambia,  Mr Bakary Gassama lamented that his agency continues to adopt and apply the principles of a balance integrated approach between the demands of drugs, reduction and supply suppression. Gassama stated that the 2016 world drug report, reported that substance abuse use disorders continues to be  major problem around the world thus taking toll on global health, social and economic functioning of societies across the world.
Mr. Gassama outlined that the Gambia currently partners’ with Colombo Plan Drug Advisory Program with funding ffrom the United States Bureau of International, Narcotic and Law Enforcement Affairs(INC) to offer training on the universal treatment curriculum, a training aimed at building local capacity in the international standards in drug treatment.
Mr Gassama rounded up by noting that the training is aimed at building the capacity of young proactive Gambian who are creating awareness on the menace of illicit drugs. He thanked the ECOWAS Commission Drug Unit, UNODC and European Union for making the training a success .

The training is meant to strengthen the knowledge and skills of young people on the dangers of illicit drugs, substance abuse and trafficking. The Gambia continues to suffer from lack of adequate faculties and human resources to address drug abuse.