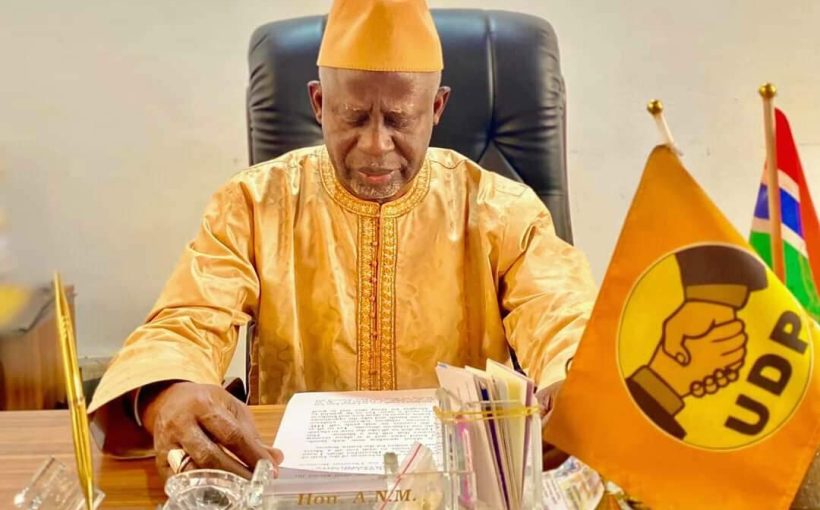 Having one’s hope dashed away in an unexpected and unbelievable manner can lead a person to react in desperation which can lead to desperate actions. The behavior of Lamin Darboe, the man who paraded himself as a supporter of the United Democratic Party (UDP), could fall under these categories. Though, his actions are un-call for but at this material time he needs counselling and empathy from his party, family and loved ones but not to abandon and leave him wallowing alone. Such a statement from an insignificant person who has no political force or voice behind them should be treated insignificantly but not to forsake the person at all.

The reaction and the way the leadership of UDP fired back at his unfortunate statement was timely but shouldn’t have abandoned him at this trying time. A mere simple but a strict statement from the UDP for their supporters not to listen to anyone associating him or herself with the party calling for any form of violence will be heeded to by the membership without any second thought.

The UDP has the most committed members to the leadership of the party and all ears are always on the advice of the leader. But here is a man who has no voice and says in any affairs of the UDP and cannot in any way influence any genuine person to act in such a manner he calls for. At that moment he needs a strict warning and at the same time a counselling statement from the leadership but to abandon him is un-call for as a political party.

A man identified as Lamin Darboe from Busumbala was arrested by the Police after his outrageous statement calling for the post election violence went viral and the UDP was quick to condemn and expel him and call for his immediate arrest by the authorities.

His family is facing the repercussions of his statement and has no choice but to turn to present elect Adama Barrow to use his powers to forgive him. If that happens and which should have been, will be a political score for the presidency.

UDP should reconsider Mr. Lamin Darboe and provide him legal means if he hasn’t and tackle the matter politically. Ousainou Darboe is not only loved by his supporters he is well respected and “Ba Ousainou Muu Motiyo Letii”. Such a leader expects all kind of followers.