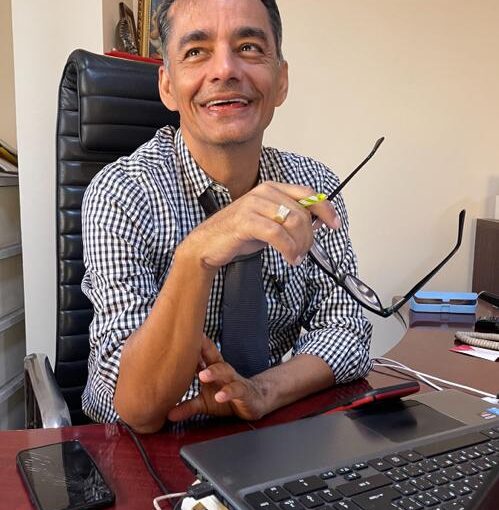 By: Fabakary B. Ceesay
Very reliable and confirmed information received and investigated by Trumpet Newspaper has it that the son of Mr. Nandkishore Rajwani, the Chief Executive Officer and owner of the one of the biggest foodstuff entities in the Gambia Emkay Stores commonly known as “Nandos” has been under the detention of Interpol in the United Arab Emirates, Dubai on suspicious of money laundering from Gambia.

An estimated amount of Five Million United States Dollars ($5,000,000), is the subject of investigation after the International Financial Police based in Dubai put a red light on the financial transaction of Emkay Stores in Dubai.

Mr. Ponchi Rajwani is the eldest son of Mr. Nandkishore Rajwani and the right hand man of Emkay Stores in the Gambia, was arrested and detained in Dubai for more than six months pending the outcome of Interpol investigation into the business dealing and transactions of their company.

According to our international sources, Mr. Ponchi was arrested by the Dubai Interpol branch after a five million dollar in cash shipped from the Gambia was intercepted by Dubai authorities on the suspicion that the man and his company were into dubious international business transactions. 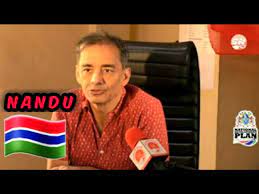 The authorities of Dubai, according to our sources, suspect Mr. Rajwani is using Dubai as a transit point to ferry huge illicit amounts of cash when the company does not have any such big business operating in Dubai. The money will later disappear after it reaches Dubai to unknown destinations.

Emkay Stores had a business office in Dubai but not operating to a level to generate such an amount of money. The office of Emkay Stores is located at Abduhabi Street, P.O. Box 4048 UAE. They also had a store in Freetown at 35 Wilberforce Street P.O. Box 1202.

Mr. Nandos confirmed the arrest and detention of his son in Dubai but was quick to point out that the matter is almost finished and his son had been released on bail but will remain under security surveillance in Dubai until the investigation into the matter is completely clear.

He is very confident that his son will be free of suspicion as his company is operating legally in many West African countries.

Mr. Abdou Mboge, the Financial Administrator of Emkay Stores also confirmed the matter and said the process is almost done as the company lawyers have succeeded in getting a bail for Mr. Ponchi even though he cannot leave Dubai pending the outcome of the entire investigation.

Both Mr. Nandos and Mboge did not exactly confirm the amount involved but denied it is up to $5 Million and that the money in question does not only come from the Gambia but from their other businesses within West Africa.