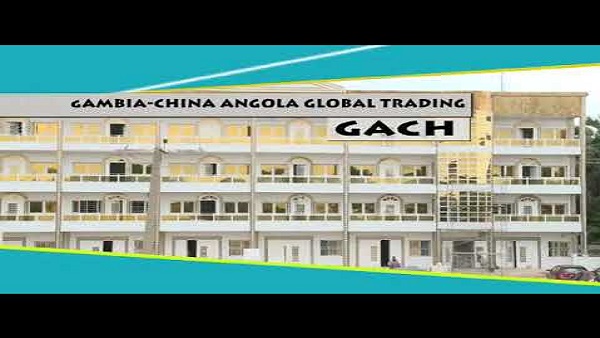 Trumpet Newspaper is reliably informed by undisputed insiders and members of the bid board at National Food Security Processing and Marketing Corporation that documents submitted by Chief Executive Officer of GACH Global Trading Company, Mr. Abubakary Jawara for the supply of fertilizer to National Food Security Processing and Marketing Corporation (NFSPMC), meant for Gambian farmers in the year of 2020, were all forged and plagiarised documents stolen from Fermago Company who previously won the contract.

Among the companies that bidded for the contract were Fermagro, Uniqur Group and Zeine Enterprise. However, Fermargo could not fulfill their contract due to health issues that affected the Managing Director of the Company which prompted GACH to apply for the bid to replace Fermago.

Accordingly, when GACH applied for the bid, one of the requirements and qualifications was that GACH had to submit similar contracts of the same nature and magnitude.

Under technical specifications, documents that are supposed to be submitted for the bid are manufacturer’s authorisation, certificate of origin to state partnership with those companies to work on the supply of fertilizer.

However, Trumpet found out that paperwork submitted for the bid by GACH was falsified. Some of the documents GACH plagiarised from a previous supplier Fermagro who won the fertilizer bid in 2020, but due to a medical condition he could not execute the contract and for that reason the contract was given to GACH Global, Uniqur Group and Zeine Enterprise in a restricted tender.

“Therefore, either GACH Global which we can confirm or Unique Group (unconfirmed) falsified the technical specifications of the tender. Both Companies bid for all three lots, GACH won one lot and Unique Group and Zeine Enterprise won the other two lots”, said the insider who asked for anonymity.

The insider added “GACH also used other existing manufacturer’s documents from previous companies who bidded for the same tender in the past namely Heringer, Iskenderun, Phosagro and others and edited the GACH (Abubakary Jawara) Company name to those documents which he submitted”.

According to the sources, GACH Global, after winning the contract, fulfilled their obligations despite the way and manner in which the contract was won on dishonesty and falsification.

One of the sources said, “Abubakary Jawara cheated and scammed everyone who contested and participated fairly in the bid. He also scammed the Gambian government, the Gambian people and the entire system at large. If the NFSPMC and Gambia Public Procurement Authority (GPPA) did their due diligence to confirm the authenticity of the paperwork they would have realised that GACH indeed forged documents”.

It is also claimed that the authorities could have asked Mr Abubakary Jawara to just submit some paperwork, which regardless of the authenticity the contract was already his.

Trumpet also found out that GACH has submitted a bid for the Basalt contract, rice pump irrigation system, and 225KV generator, all of which were all government contracts.

EDITOR’S NOTE: GACH Communication Officer Sukai Jallow refuses interview with the Trumpet Newspaper after months of soliciting audience with CEO Jawara. She said CEO Jawara has no interest in whatever information we have about him and his company and wouldn’t mind to sue the paper to Court for any false publication against him.