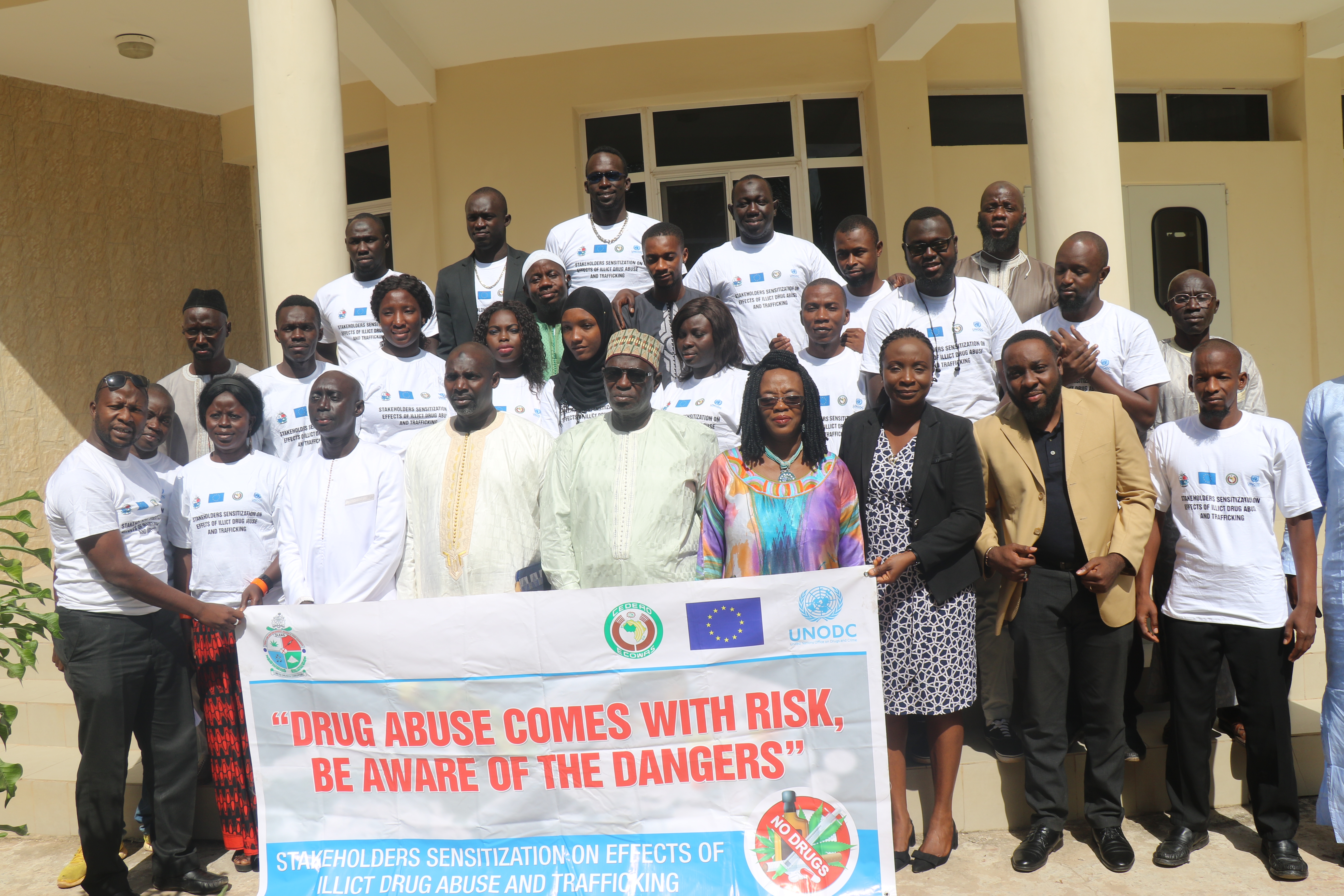 On Friday 8 November 2019, the Gambia produced its first cohort of addiction professional in a colorful ceremony held at the National Nutrition Agency conference centre along Bertil Harding highway. This is the first cohort to be trained as Master trainers on the Universal Treatment Curriculum (UTC) on drug and alcohol.

The program which started in January 2019 was facilitated by the Drug Law Enforcement Agency The Gambia (DLEAG). The program was funded by European Union and other international partners.

The permanent secretary at the Ministry of Interior Asan Tangara who read a statement on behalf of the minister said the conclusion of the training for the addiction professionals is another milestone in bridging drug trafficking and substance use disorder. He said the inadequacy of trained professionals in the treatment of SUD coupled with the lack of specialized drug treatment facilities has being the main obstacle in the region.

The permanent secretary said his confident that the first cohort has got all the requisite knowledge to handle addiction problems. He expressed Gambia government’s readiness to collaborate with stakeholders both national and international to fulfill its mandate in the suppression of drug demand reduction in the country.

The ECOWAS representative in the Gambia Ms Vabah K. Gayflor who read a stamen on behalf of the ECOWAS Commission in Nigeria stated that illicit drug trafficking and substance abuse continues to be a major concern in West Africa. She noted that the vulnerability of the region to drug trafficking is well documented. Porous borders, weak anti-drug response capacity in the region she said are some of the factors that allowed the trafficking of illicit drug to thrive.

Madam Gayflor pointed out that the training is expected to enhance the quality of services provided to Substance Use Disorder (SUD) patients in The Gambia.  She said it would also reduce the significant health, social and economic problems associated with SUD.

The occasion was chaired by Ousman Saidyba, the Public Relation Officer of DLEAG.