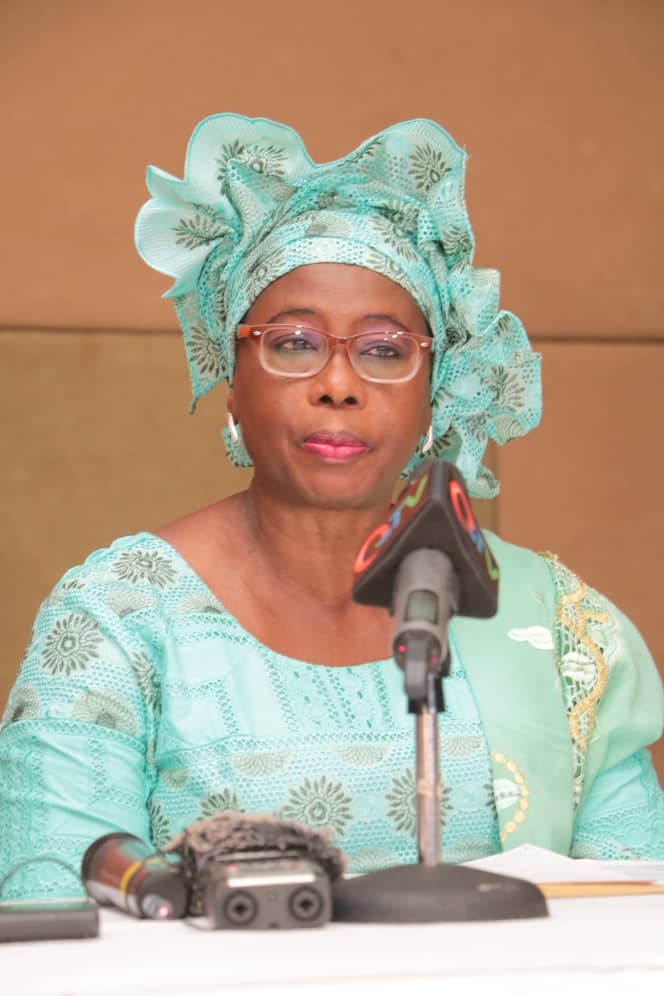 The Department of Strategic Policy and Delivery (DSPD) at the Office of the President in partnership with International Organisation for Migration (IOM) and the National Agency Against Trafficking In Persons (NAATIP) have on Tuesday 14 January 2020, kick start a two day working forum with key stakeholders in the fight against trafficking in persons as well as addressing 2020 human trafficking report.

Speaking on behalf of the president, Vice President Dr. Isatou Touray highlighted the government policy of zero tolerance in trafficking of persons as a violation of human rights. VP Touray stated that the US State Department report of 2019 in trafficking in persons found out that the Government of The Gambia does not fully meet the minimum standards for the elimination of trafficking and is not making significant efforts to do so.

Mrs. Touray indicated that US TIP Report have ranked The Gambia from three down to tier two due to their weaknesses in communication, engagement and collaboration with the international agencies. She concluded by assuring the public of the government’s efforts to support relevant stakeholders to combat trafficking in persons.

Representing the minister of Justice, the Solicitor General and Legal Secretary, Mr. Cherno Sulayman Marenah said the Ministry of Justice will leave no stone unturned in bringing to justice perpetrators of trafficking in persons. The Solicitor General also lamented his Ministry’s inability to prosecute persons involving in human trafficking due to cultural and financial deficiencies. He cited societal barriers and the line between trafficking and smuggling in persons as there is no legal frame to prosecute such smugglers.

MissTulai Jawara Ceesay, Director of NAATIP indicated that human trafficking amended Act requires the department of state to submit the report to congress by 1st June 2020. She said her department’s mandate is primarily to combat and fight against cases of human trafficking. She confirmed that the Gambia is known as a transit point of trafficking in persons.

Alhagie Nyangado, Director of Department of Strategic Policy and Delivery under the office of the President call on the public to safeguard the newly found democracy with responsibilities. She stated the government’s efforts in combating trafficking in persons as in line with the Palamo Convention Protocol agreement.