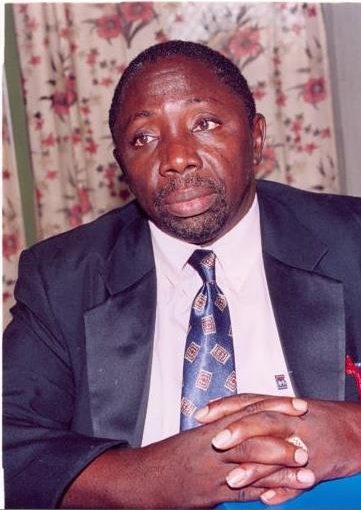 On the eve of the December 2021 presidential election in The Gambia, this is a call from concerned Progressives both at home and in the Diaspora, in direct response to the negative political developments that have polluted our normal human relationships.
The reactionary politicians that emerged or reemerged in the 2016 transition of power have succeeded in focusing the attention of our people and nation away from our day-to-day realities of absolute poverty,deprivation, disease, mass youth unemployment, brutal and coordinated environmental destruction, and widespread corruption.

They are instead devoting their energy to imposing a short-term and opportunistic understanding of our suffering and marginalization, while maintaining false narratives over social investments and the needs of farmers and the working people. As old and new politicians celebrated what they saw as a victory against an evident Jammeh dictatorship in 2016, the marginalized youth and impoverished communities,who sacrificed so much to get certain ‘hustler and looter politicians’ elected, still have no reason to believe in2021 that putting these opportunists in office will meaningfully improve their living conditions.
The overwhelming majority of our political class and elites are selling a carefully thought-out propaganda that the immediate survival of our people depends on how prepared they are to defend ethnic, regional and religious identity based on narrow-minded nationalism. This becomes obvious in the sectarian ‘character assassination’ that most of the political parties are daily involved in. Such narrative has taken deep root in the consciousness of our people. It has compromised our national identity and social cohesion, while tarnishing our common West African origin and Pan-African heritage. The present toxic political atmosphere is effectively dividing our people along ethnic, religious, caste and other social lines. As opportunistic and dangerous such behaviors are, they are also an evidence of their total lack of solution to the deep-seated development problems of our nation. This false propaganda must be exposed and confronted as a very backward narrative. We, Progressive activists, believe that those who do not see this naked division are the very cause and benefactors of such a division among our people.
There is a need to critically reflect back on our shared historical experience of political opportunism among our elites since Independence in 1965. It is the reason why we the Progressives, unlike many other commentators, do not believe that the December 4, 2021 elections will mark any turning point for better standards of living for our people, as nearly all of the most likely winners do not have the best interests of the nation and the people as their priority. It is therefore important to remind our people of the fact that the vote of the people counts only on the day of the elections and the day of Party victory celebrations.
We believe that the reason our people have fallen victim to a false narrative of our peaceful coexistence as one people stems from our bitter experience of over 50 years of political violence unleashed against us by both Jawara and Jammeh Administrations. This attack was coupled with continuous economic exploitation of scarce national assets by both internal and external elites.
The Gambian electorate should not trust any reactionary politicians and their powerful economic backers with self-serving agendas to guide us through a precarious future of an already very fragile State. They should not be willing to accept the politicians’ socially-divisive and dehumanizing vision of the future. We exhort them to only choose among the very few candidates who show their competence and ability to invest in the plight and well being of the working people in the long-term.
We believe that when the Gambian people go out on December 4th to express their democratic rights, the majority may be doing so with an ill-conceived idea of survival of their identity as a tribe, clan or regional entity and not with a conscious mind of sociology-economic up-liftment. In such a case, it is our responsibility to call on the masses to go out an d peacefully exercise their franchise, with a conscience and mutual tolerance, and not with fear. We cannot afford any pre- or post-election unrest, as the ordinary and impoverished people have the most to lose in that event.
The political protagonists and their endowed interest elites would always stay a safe distance away until they feel secure or would easily plot a route to a safe haven during tumultuous times. The internal and external enemies of our people are very much alive and prepared for such a possibility and will not hesitate to exploit it to their disadvantage.
We reassure all voters that we are standing in full solidarity with them, no matter what the election outcome. We are ready to embrace and work with them along the path of a long march to a genuine social democracy,sociology-economic liberation, and attaining their natural right to all-round human development. Bringing about long-lasting peace and stability can only be truly guaranteed through national tolerance, equitable rights and social justice. We have no doubt that there are a sections of the Gambian Progressives who are fully committed to these lofty ideals.
The Gambian Progressives are a section of forward-thinking social-change advocates with progressive values from all walks life in both The Gambia and its Diaspora regardless of gender, religious belief, ethnicity or sociology-economic status. We are dedicated to protecting the best interest of our local communities from the adverse effects of political manipulation.