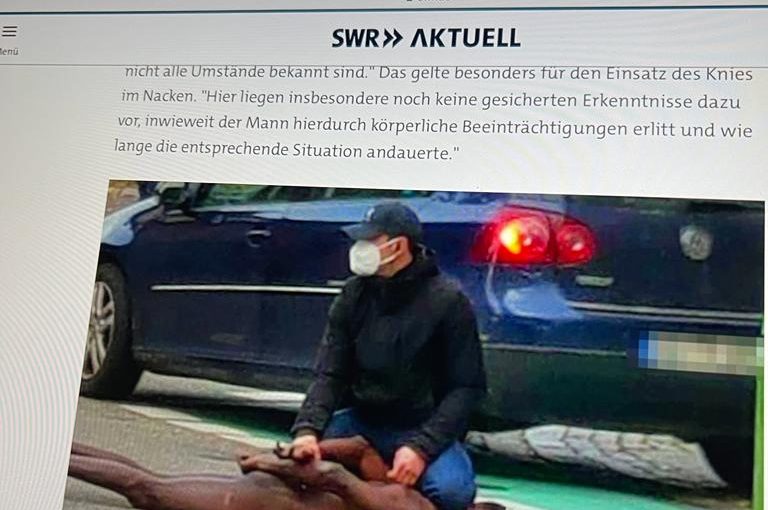 The Gambia Refugees Association Europe Branch wishes to express its utter dismay at the way and manner in which a Gambian refugee (name withheld) was manhandled by the German Police in Offenburg last week.

The said victim is seen in a video that was reported in the German media and made viral on social media, where he was wrestled on the ground while he was naked and seriously manhandled. This inhumane action of the police reminds us of the George Floyd case, which happened two years ago in the USA.

The Gambian refugee is suffering from mental illness and needs psychological support instead of being subjected to maltreatment, harassment, and discrimination as evident in the video.

Therefore, the Gambia Refugees Association condemns the police action on him in the strongest terms and calls on the Gambia Government to react to this inhumane treatment against its citizens.

Additionally, we also call on the Gambia government to ensure that Germany reprimands the concerned police officers who subjected our citizens to such inhumane treatment.