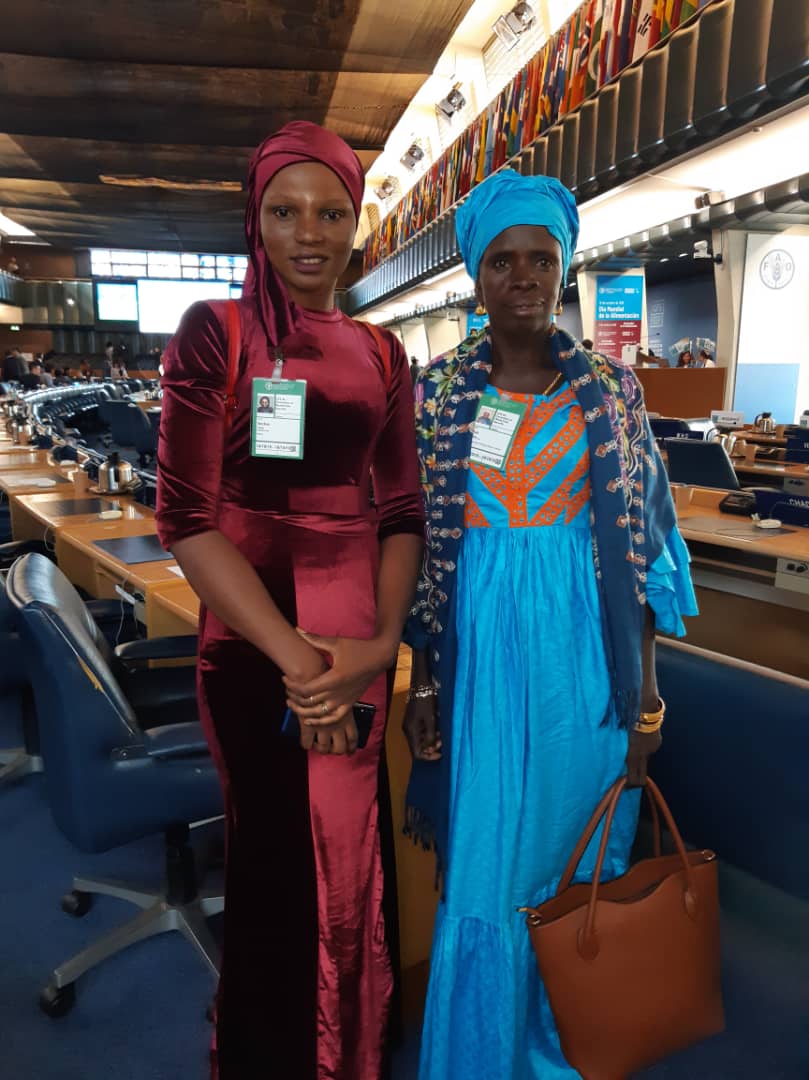 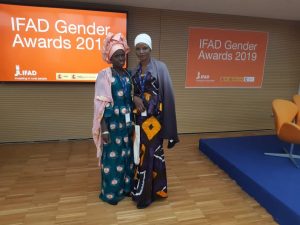 Two Gambian women have joined other delegates in Rome, Italy, where they are attending IFAD gender events, thanks to the support availed to Gambian smallholder farmers, by the National Agricultural Land and Water Management Development Project, popularly called Nema.

The two ladies are accompanied by Mr. Banky Njie, Nema Business Development Officer who also doubles as the Gender Focal Point together with the Nema Project Director, Mr. Momodou L. Gassama. They are also participating in the IFAD plenary sessions on the Committee of World Food Security and the International Rural Women’s Day 2019.

Information reaching this medium, from Rome, Italy, indicated that, at the UN agency’s function, both Bah and Seckan have shared {with the audience} their stories at the “Share fair”, and drew a lot of attention, due to impacts the Nema project is having in the lives of smallholder farmers of the Gambia.

It could be noted that the IFAD Gender Awards 2019 was marked on the 11th October 2019, and 15th October is the International Day of Rural Women. With these Gender Awards, IFAD celebrates women and girls who play a crucial role and contribute to gender transformation and women’s empowerment in rural areas.

The event is to celebrate the achievements of the best-performing projects in meeting the strategic objectives of IFAD’s Policy on Gender Equality and Women’s Empowerment, according to information gathered from IFAD website.

In attendance at the IFAD events, includes representatives from the winning projects supported by IFAD would discuss their achievements and challenges related to promoting gender equality in project implementation.

According to IFAD brochure, IFAD’s Policy on Gender Equality and Women’s Empowerment has three interconnected strategic objectives: to promote economic empowerment for rural women and men; to enable women and men to have equal voice and influence; and to achieve a more equitable balance in workloads between women and men.

IFAD’s work focuses on investing in rural people, empowering them to increase their food security, improve the nutrition of their families and increase their incomes, thus help them build resilience, expand their businesses and take charge of their own development. IFAD is an international financial institution and specialized United Nations agency based in Rome, the UN’s food and agriculture hub.

Since 1978, the agency has provided US$28 billion in grants and low-interest loans to projects that have reached about 483 million people globally. IFAD-supported projects have shown that−with access to finance, markets, technology and information−rural people can lift themselves out of poverty.

IFAD’s work does more than help rural people grow and earn more. It also promotes gender equality and inclusiveness, builds the capacity of local organizations and communities, and strengthens resilience to climate change. Since 1982, IFAD has supported 10 programmes and projects in The Gambia totalling US$93 million and directly benefiting more than 155,000 rural households.