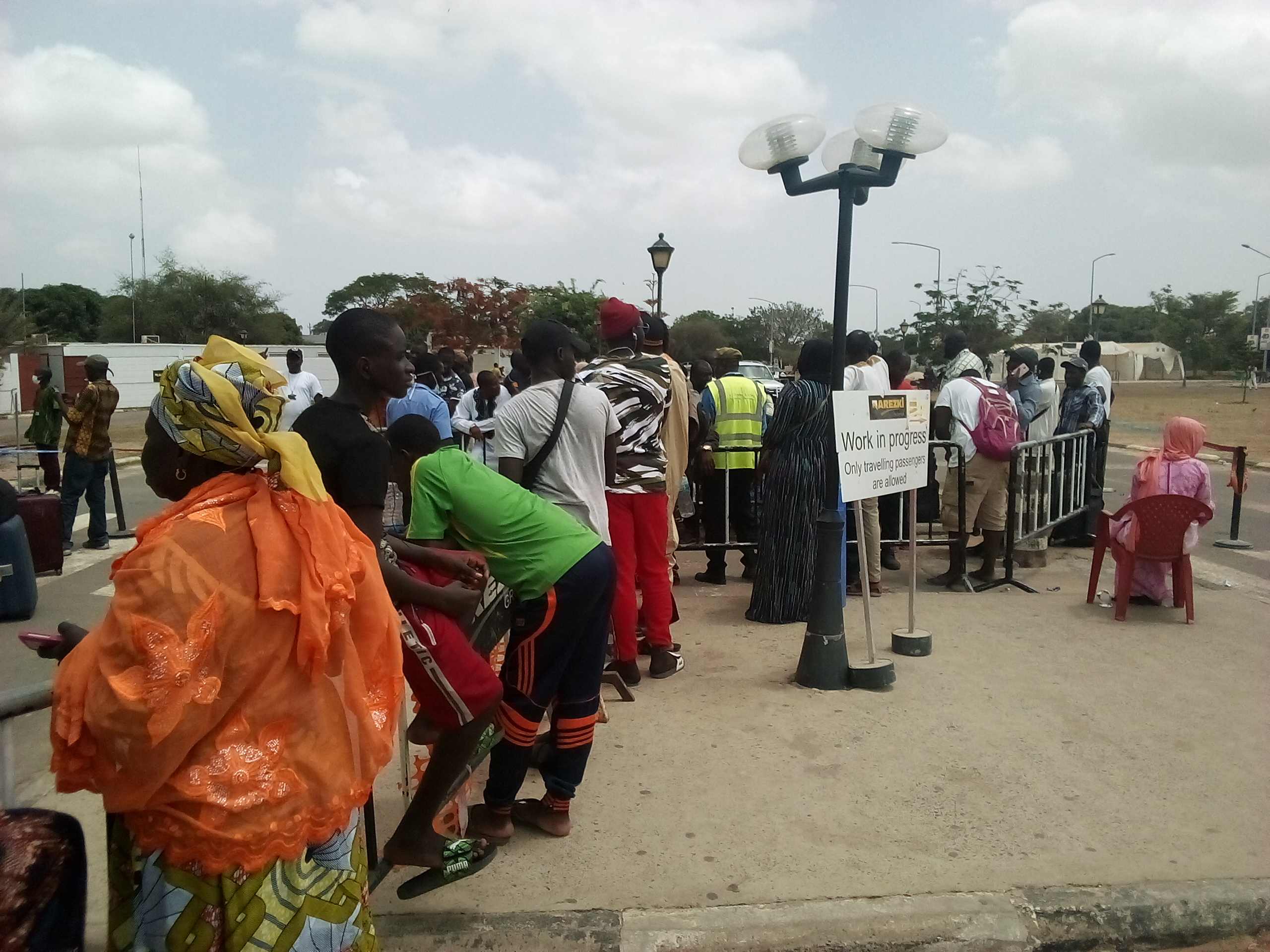 As a final promise to their stranded and angry customers, Gassama Travels Agency has on Friday 26th June 2020 finally airlifted 142 of its passengers that were stranded in Banjul due to unavailability of their schedule flights on two occasions. The said failed flight were on 16th and 19th June 2020, respectively. The failure of the flight prompted angry clients to lodge a complaint against the airline which put its Gambian sales agent Mr. Hamidou Jabbie under Police net for fraud investigation.

The stranded passengers are Gambians residing in Spain and other European countries but got stuck in Banjul amid the coronavirus pandemic, which put restrictions on ports of entry worldwide.

Talking to relief travelers who were desperate to leave to avoid losing their jobs and having their permits expired said they were happy to go back to their various destinations so as to continue helping their families back home.

They expressed delight to the airline and it’s Chief Executive Officer Malick Jabbie for the job well done.

CEO Jabbie reiterated his claims of running a bona fide airline company and will continue to provide convenient traveling arrangements for Gambians and other West African nationals. Mr. Jabbie said the flight was direct from Banjul to Barcelona via Madrid.

He added that among the passengers were 7 Italian, French and German residential permit holders. He indicated that those with none Spanish permits transited via Barcelona to their last destinations without any hindrance.