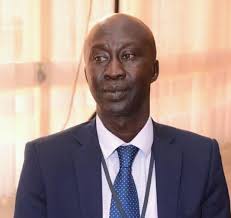 Mr. Ousman Jobarteh, the Managing Director of The Gambia Ports Authority (GPA), the country’s only sea port of entry, stated that GPA is growing in terms of the volume of trade it handles, despite the numerous challenges faced by his institution.

MD Jobarteh indicated that challenges include the growing number of ships coming into the Port to berth and the commensurate number of containers to handle.  He noted that a study was commissioned by the management of GPA in 2018, conducted by the Royal Haskoning of The Netherlands to produce a new Port Master Plan (2018-2038).The Master Plan is to guide the infrastructural and institutional reforms, both of which are needed to meet the growth in traffic.

“This Master Plan study also looked at the option of having a deep-sea Port along the southern coastline of the country from five different locations from Bijilo to Tujereng. However, the study finally recommended that if the Banjul Port is to be improved it will suffice at least for the next 20 years,” said MD Jobarteh.

Jobarteh pointed out that GPA plans to digitalise the Port’s operations to improve its effectiveness and efficiency and to engage in capacity development of its staff, all of which is in line with the Port’s Master Plan of 2018-2038.

On the issue of The Gambia Ferry Services, Managing Director Jobarteh said there is a new focus and strategic business plan. He added that the idea is to amalgamate ferries with the wider maritime sub-Gambiasector, such as the revitalisation of The Gambia river transport from Banjul to Basse and beyond and the re-commissioning of the Banjul Shipyard.

Mr. Jobarteh attributed the importance of GPA activities to the overall economy of The Gambia. He posited that sixty percent of goods traded or transacted in the country originally passes through the Port by way of transit including the cross border and re-export trades. He associated the continued attractiveness of the Port of Banjul to the current political and economic stability of the country guaranteed by the new government and political leadership.

“As a Port, we believe that the transaction policy and procedures we have in place makes us very competitive. We are surrounded by bigger Ports in neighbouring countries with bigger port facilities, but because of our effectiveness despite the challenges, we continue to attract greater volumes of goods”, Jobs concluded.