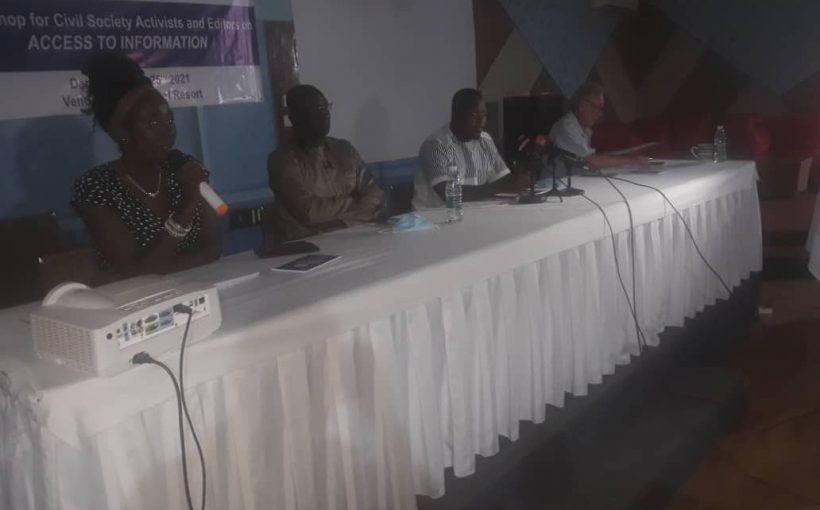 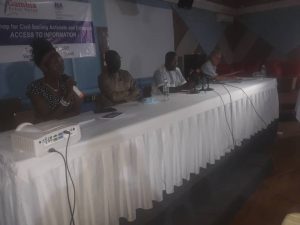 The Gambia Press Union (GPU) on Thursday 25th February 2021 organised a day-long workshop on the significance of Access to Information and identifying opportunities and strategies to strengthen the implementation of electoral processes.

The workshop aims to sensitise civil society activists and Editors on the pending ATI bill and electoral reforms, with the hope that the media would champion the campaign by way of engaging both the public and National Assembly Members to help push for the enactment of the bill.

Muhammed S. Bah Vice President of GPU described Access to Information as a key component crucial to the integrity of electoral processes in any democracy, particularly an emerging democracy. “Access to information empowers the electorates to make well-informed choices and also enhance transparency and accountability during elections” Bah said.

Mr. Bah decry that Gambia is the only West African nation without an Access to Information legislative framework.

Honorable Halifa Sallah National Assembly Member for Serrekunda and Chairman of the interparty committee encouraged the media to deviate from scuttlebutt for they are not authoritative. Mr. Sallah pointed out that the media should be at abreast with the key information in order to inform others.

Mr. John Charles Njie Chairman Civil Society Coalition on ATI lamented the lack of diligence as Gambian media hurries more to be the first to break the news. He called on Journalists not to find pride being the first to break fake news for it discredits ones work. Mr. Njie also calls on the media to enquire with the IEC about participation of disabled person in the electoral processes.

Mr. Rod Howe of the Gambia Federation for the Disabled described the setting of electoral processes as unfriendly to the disable persons. Mr. Howe also expressed his discomfort with the nomination of disabled National Assembly Members to Parliament. He added the limitation on nomination of disabled persons to Parliament imposes difficulties on them to contest and win elections.