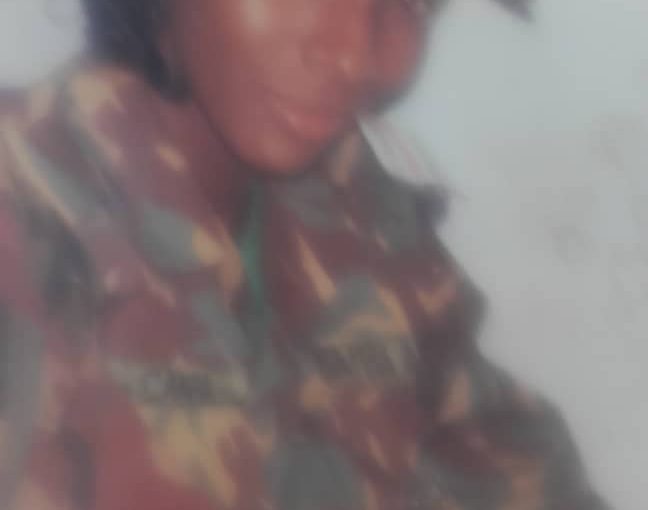 It was in the late hours of 27th August 2011, when soldiers, officers and other occupants of the Gambia Armed Forces’ Hamza Barracks (formerly Wadner Beach Hotel near Mile II Prison in Banjul) woke up to the sound of gunshots, screaming and forceful breakout from a room occupied by a State Guard Soldier Corporal (CPl) Mariama Camara (late) and her husband, Mr. Alpha Jallow (late). They were both later pronounced dead at Edward Francis Small Teaching Hospital in Banjul, following the mysterious incident.

The Trumpet Newspaper’s investigations into the matter established that late Cpl. Camara was a good athlete, and was very useful for the GAF Sports Team during Inter-Security Service competition and other sporting events.

Hailed from Essau Village in the Lower Niumi District of North Bank Region (NBR), the late female soldier joined GAF in 2000 and was posted at State House- the seat of Presidency.

During her services as a State Guard Soldier, as this medium gathered, she came into contact with former President Yahya Jammeh who recommended her to be part of the plain-clothes soldiers guarding him. She eventually became a “star soldier” due to her being liked by President Jammeh. The duo built open rapport (in public) and shared inter-family joking relationships.

Mr. Haruna Camara, a brother to late Mariama, witnessed, on three occasions, when former President Jammeh telephoned his sister- initially at a sporting event where she took first.

“I heard her [Mariama] telling the caller ‘Sir, I took first. I told you, I am a Camara Kundanka’ ”. When he enquired as to whom the caller was, his sister told him it was President Jammeh, as Trumpet was informed.

On the second occasion, Haruna had visited Mariama at Hamza Barracks. She received a call but didn’t appear to be in a good mood of talking with the caller. Again, he told this medium, he heard his sister saying: ‘Seriously Sir, I can’t make it. I am very tired today.’

She later confirmed to her brother that the caller was Yahya Jammeh. The brother further alleged that, Mariama confided in him that Jammeh frequently called her asking whether she was on duties or not. Haruna said the third time he “witnessed” a call between Jammeh and Mariama, he felt a strong bond between the two, which was different from working or joking relationships.

Mr. Ebrima Jallow is a brother to Alpha Jallow, Mariama’s late husband. He informed us that he got an SMS text message from his late brother demanding him to come over to their residence at Hamza Barracks.

Upon arriving at the camp, he said he found police officers at the scene, and was later accompanied to the Hospital by two NIA operatives, two Police officers and two military officers.

Both families confirmed to the Trumpet that they have seen the dead bodies at the morgue but did not have access to the corpses until days later.

Our probe into the issue reveals that Sheriff Barrow, a police officer, was the lead Investigating Police Officer (IPO) and had since submitted the findings of the incident to the office of the Director of Public Prosecution (DPP) at the Attorney General’s Chambers in Banjul.

In a short chat with this medium, Officer Barrow confirmed he was indeed the Chief Investigator of the case, indicated that since the matter involves a military personnel they too conducted their own investigation into the matter and their report should be available at the Defence Headquarters in Banjul.  He said his report was submitted to the office of DPP for legal advise on the case.

According to our sources within the mortuary and at Edward Francis Small Teaching Hospital in Banjul, Mariama had two gunshot wounds on the forehead and side head. Sources also confirmed that Alpha Jallow had a bullet on his left arm and a broken jaw.

“The jaw was broken and you can easily move it from side to side. Even the trail put under his jaw was full with blood and some dripping down,” it’s been sadly narrated.

Visiting the morgue, the source recalled, they found two bodies lying next to each other. They first inspected Mariama’s body and noticed blood on the forehead and side of the head.

At the crime scene, our sources noticed two bullets [penetrated] into the wall and one in the ceiling of the room.

Both families of the deceased persons lamented they never had access to the investigative report, and were not also told of its contents. That they were only told by Officer Sheriff Barrow that he was asked to submit the report to Military Headquarters.

The two families after making frantic efforts to have access to the said report from the Army were given strict warnings not to go there for that case, they alleged.

However, during our investigations, confidential sources informed us that the State Guard officers on duty that fateful night, namely Colonel Umpa Mendy, Sergeant Basirou Sallah, Colonel Wandifa Barrow and Mustapha Faal, had “first hand information” about the incident; and that the Investigating Police Officer Barrow could attest to how the incident happened.

As per the “Death Certificate of Corporal Camara” issued by Doctor M.I.A. Neeil, the primary cause of death is “head injury”.