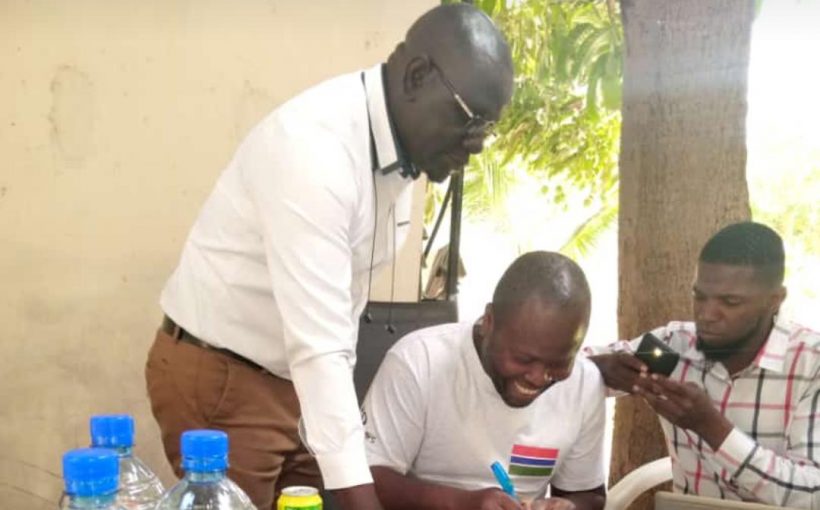 Water shortage is an unresolved problem in many rural communities in the Gambia. According to reports only 65% of the country’s population has access to safe drinking water. The rural areas are the lowest percentage due to less consideration from the government.

The “Helping Hands Gambia”, is a Gambian association based in Germany formed in 2008 with the aim of giving back to the Gambian people. Their area of invention is to provide safe drinking water in every community in rural Gambia.

Speaking at the signing ceremony of one of their projects, Mr. Abubacarr Sillah, the President of the association said the new projects is the third water project they have provided for rural communities. He indicated the monies used to fund the projects are personal donation and contributions from individuals in Germany.

Sheikh Cham the Social Secretary (organiser) of the association said their projects are in support of women and children as they carry much burden of the water shortage.

The association’s Auditor General Mr. Ansumana Ceesay said their sole aim is to give back to communities that are in dare need of water. He added that their primary focus is water with possibilities of other projects in the feature.

Speaking on behalf of the Tallen Villager Musa Jawo expressed delight with end of their twenty years water dilemma.

Bubacarr L. Bah, a native of Tallen Fula lamented the hardship they encounter by trekking twenty five kilometers to Senegalese to fetch water for their consumption.

The twenty kilometer trek has a deadly impact on their domestic animals which are used to carry the water containers from Senegal to the Gambia. Many of the animals succumbed to death due to long journeys and carrying heavy containers.