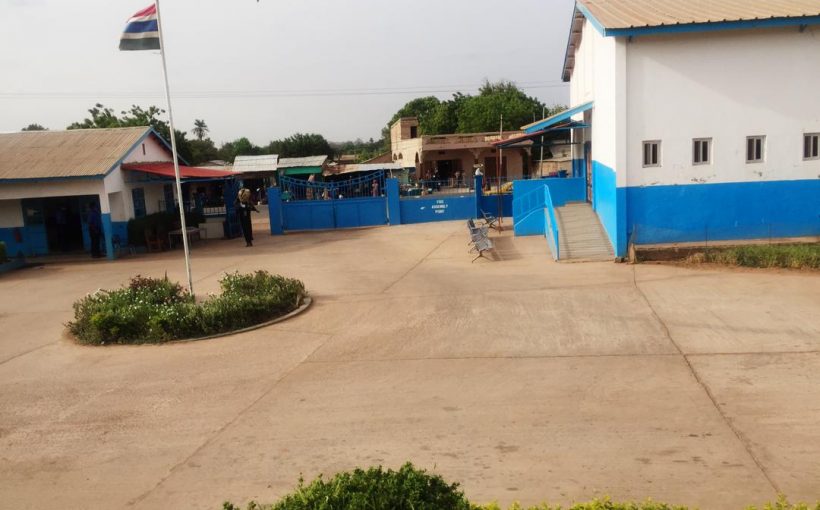 Built in 1938, Bansang Hospital located at the Central River (North) Region, as a referral hospital for hundreds of thousands of people across Central River Region, Upper River Region and Southern Senegal with a operational staff of 446 persons, came under the radar of the Trumpet Newspaper as sources operating within the hospital voiced out their frustration as death toll at the hospital rises due to electricity failure, lack of proper medical equipment and negligence on the side of the administration.

Several audio and video voices from patients and staff decried the need for the authorities to properly look into the operations of the hospital and take proper measures to avert serious medical problems affecting patients.

Allegations of abuses of power by senior staff and intimidation of young staff and nurses is said to be common at the hospital.

Concern sources recommended that the Ministry of Health should step in to avert corruption and to upgrade Bansang hospital to a higher standard. They also call for an immediate reshuffle of the hospital administrative staff and recommended that Ministry of Health should implement an annual rotation of all hospital administrative staff between health facilities across the country.

According to sources there are unnecessary deductions and seizure of staff allowances especially the Recourse Base Finance (RBF) and some staffs are cajoled to sign unnecessary laws such as late fines and penalties for wearing scrub shoes at work.

The deducted funds as alleged, is suppose to serve the welfare of the hospital workers but none of the units ever benefits from it.

Monthly dues of D50 have been deducted from workers for years which are meant for the well-being of the staff association, but are yet to yield fruits.

Sources further alleged that night shift trained Nurses are paid an allowance of D600 and untrained ones paid D300, which is far less sufficient for their up keep.

Despite the allegations, Principal Nursing Officer (PNO), Mr. Sheriffo Kanyi refuted the claims and defended the administration and its operational methods of Bansang hospital.

During the course of our investigation, sources revealed to Trumpet that between 6 January to 4 March 2021 due to negligent, power cuts, coupled with lack of proper equipment 34 patients lost their lives at the Male ward and similar number of deaths were also recorded at the Female ward.

Sources that asked for anonymity alleged that from 6th to 31st January 8 deaths were recorded, 1st to 28th February 20 deaths and 6 deaths from 1st to 4th March, respectively. It is also alleged that the actual statistics of the mortality rate at Bansang hospital has always been hidden.

A particular nurse was said to have been reprimanded for recording cause of death as due to lack of electricity.

Causes of death as alleged by sources are mainly as a result of insufficient supply of electricity for oxygen machines and unavailability of manual oxygen cylinders with flow-meters.  It is also alleged that there are only one trained lab technician and that the rest of the twelve staff are nurse attendances with no laboratory operational training.

Sources added that the entire hospital including doctors and nurses depends on untrained lab personnel for lab valuation which at times causes wrong treatment to patients causing several deaths.
At the Accident & Emergency Ward, it is alleged that there is no oxygen cylinder and only one oxygen concentration which have been faulty for long.  Nurses have to either heat it or roll it up and down to get power for operation.

At night when electricity goes off, duty nurses improvises their cell phone touch lights to render services to the sick.

The condition of toilets at male and A&E wards are unusable as the flushing handles have been broken and excretes can be seen after used.

The hospital standby generator never functions normally and at times had to be switched off due to minimal fuel that cannot serve the engine for three hours.

There are also allegations of appointing persons to positions that they are not trained or qualify for the job. The allegation of a Chief security officer Gibril Jawo and former storekeeper Mr. Alagie Nyang appointed to the positions of Public Relations and procurement officers respectively, without formal qualification or experience.

In a lengthy phone interview with the Principal Nursing Officer Mr. Sheriffo Kanyi, denied allegation of 34 deaths within a short span due to lack of electricity and proper medical equipment and denied report of a nurse reprimanded for recording cause of death as lack of electricity.

Though, he confirmed during the windstorm 24 ceiling fans of the hospital were affected, but was quick to add that their rapid maintenance team has repaired the damages.

Mr. Kanyi said there was a hospital assessment program across the country conducted by an independent body and Bansang emerged as the best clean and best performing hospital.

He added that out of 446 staff it is hard to satisfy needs of all, but they are very proud of their operational and nonadministrative methods. “Our wards are up to standard, walls all tiled and pavements are all constructed with concrete bricks to keep away infections. The muddy paths in the hospital yards were all constructed”, said Kanyi.

The hospital PNO emphasises that they don’t joke with duties and working hours, even though there were allegations of negligence of duties whenever the hospital football team is going for a match or footballers who are staff comes and close at work as they wish.

He stated that patient’s comfortable environment is their first priority and they have upgraded the OPD rooms to single confidentiality ones for patients compare to then when three patients were using it at the same time. These rooms, he said, are now fully air-conditioned and oxygen setups are installed of which during any emergency oxygen can be fixed and stabilise at any pace.

Kanyi confirmed that Bansang is the only general hospital in the Gambia that did not have twenty four hours NAWEC services and said their old generator cannot operate for 24 hours. He added that then the generator can only serve for six hours but later reduced to three hours due to old age. ‘Sometimes we go for 4 days without NAWEC electricity and water supplies”, says Kanyi.

He indicated that the Ministry of health quickly responded to their call when a new 270KV generator was provided to them. This generator, he said can supply them with power as long as NAWEC goes off and there is no shortage of fuel. He said they have signed a MOU with Jah Oil to supply them as much fuel they wanted.

On the appointments of Public Relations officer Gibril Jawo, PNO Kanyi said Jawo is a retired Police Inspector who works at the hospital as Chief Security officer and head of the staff association with over ten years experience at the hospital.

He indicated that Jawo has lots of connection with the public and is very conversant with matters relating to the hospital.

“Based on his Police experience with over 10 years working at the hospital, when the position comes up he applied and during the interview he was the most qualify person among the applicants. He was given the chance and he is doing very well’, said Kanyi.

For procurement officer Alagie Nyang who was a storekeeper, Kanyi said Nyang was a storekeeper but he upgraded himself by furthering his education in procurement at Management Development Institute (MDI). “When the position was vacant it was advertised for eligible applicants and Nyang was the only sole candidate that applied for it”, he stated.

Editor’s Note:  Investigations into some allegations are ongoing and will be published in due course.