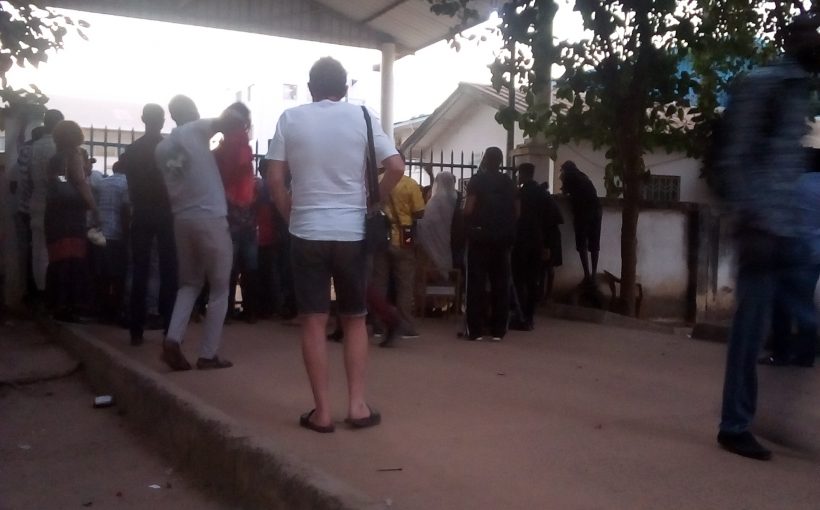 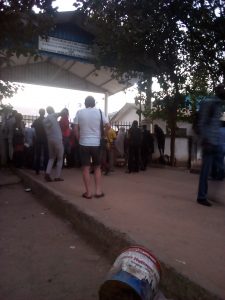 Last week Monday’s twelve hour Internet interruption did not only affected internet and social media users, but dozens of travelers that had their COVID-19 travel test on Monday 12th and Tuesday 13th January 2021, and were expecting their results by Tuesday and Wednesday at midday, 14:00hrs and at 16:00hrs, as promised by the health officials that conducted the test on them.

Dozens of disturbed travelers scheduled to depart Gambia on Wednesday 14th January, gathered at the National Pharmaceutical Services and National Public Laboratory at Kotu, where COVID-19 symptoms are tested.

Most of them waited for hours till early evening without any results, whilst others were pronounced positive and had to go under mandatory quarantine.

The delayed in the test result was as a result of internet breakdown causing network failure at the laboratory.

Disturbed, tired, coupled with uncertainty of one’s test and fear of missing the flight attracts confrontations, shouts and bitter languages between the would be travelers, securities and health personnel.

Many people faulted the system for the internet break down but also caste doubts as to the competency of the country’s health officials in handling the pandemic.

Dozens of people could be seen loitering within and outside the National laboratory gate causing crowds and gathering all over the place without wearing protected mask.