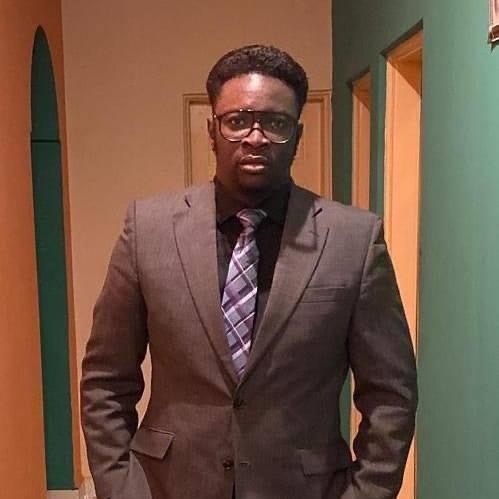 Even though, the Solicitor General and Legal Secretary at the Attorney General’s Chambers’ did gave a written opinion for the alleged rape case against Mr. Melville Robertson Roberts, a Gambian Foreign Affair senior officer to be file at the Court for trial, Trumpet newspaper has find out that the case is dubbed “Untouchable” at the AG Chambers.

The fact that since 17th March 2020, a legal opinion was recommended by a senior State counsel on behalf of the Solicitor General for charges to be preferred against Mr. Roberts, the matter is yet to be mentioned in an open Court.

We cannot also establish if any charges were brought against the accused person in a law Court. Our investigation has left several questions unanswered from both the Police and Attorney General’s office.

It seems the case is a no go area as none of the concern institutions are ready or bold enough to go for a trial with Mr. Roberts. Both institutions handling the case were approached but declined to comment on the matter. All they can say the “matter is before a Court, so I cannot talk about it”. Not a single person wanted to entertained questions pertaining to the case.

Questions like, “Should a rape suspect be granted bail? Who was his surety? What are his bail conditions? What happened to the surety? Which Court and Judge is hearing the case? Is it being heard in absentia (in absence of the accused person) or in camera (Chambers- out of public view)?”

The above questions are key in the investigation, but are yet to be answered by the relevant authorities.

The case is seen as a tough nut to crack by the AG Chambers’ and Police Persecutors were quick to wash their hands off the case by immediately transferring it to the Ministry of Justice for legal advice and opinion. Though, the action of the Police is normal in any serious criminal case.

Our investigation revealed that the Prosecutions and the Legal Affairs Unit of the Gambia Police Force has since on 4th March 2020, forwarded the case file to the Attorney General’s Chambers’ for a legal opinion and advice for a possible trial.

The file was never sent back to the Police but a recommendation was given for suspect to be charged and tried. Though, in late March 2020, Mr. Roberts was charged at Police level with ‘rape and sexual assault’.

This is what the Police Spokesperson Superintendent Lamin Njie has to say “The Melville Robertson case is a subject of litigation at Court. We may not be able to comment on it pending the outcome. You may kindly follow up with the Justice department”.

Principal State Counsel Yusuf reluctantly said the case has never been before his desk and he is not acquainted with the matter. Ask of his opinion about granting bail to a rape suspect, he kept mute and said the case is not his.

Senior State Counsel Ms Bafou Jeng who drafted and endorsed the legal opinion on behalf of the Solicitor General and Legal Secretary advices that Mr. Roberts be charged, could not be reached both at office and via phone.

After several unsuccessful visits to her office, dozens of phone calls, SMS and WhatsApp messages, she is yet to be reached.

The Attorney General and Minister of Justice Mr. Abubacarr Tambedou also declined to comment on the matter.

An investigation into the case reveals that the said incidents happened in 2011, 2016 and 2017 respectively, at the accused person’s house. The accused have on all the occasions been inviting the complainants to his house at Paradise Estate and has at no point in time denied having carnal sex with all except one. He conceded having consensual sexual affairs with them.

From the investigation of the Police, which was submitted to the AG Chambers’, statements obtained from the complainants and various witnesses including those who posted on Facebook about the suspect, the Police investigators ‘observed and believed’ that the suspect, Melville Roberts has been termed as a ‘’serial rapist’’ for having continuously abused, raped young and vulnerable women.

The Trumpet Newspaper also found out that a medical report was obtained during the investigation from those that complained of rape, except one who refused to be examined.

Based on the facts obtained by the Police investigators, Senior State Prosecutor Ms Bafou Jeng, finally recommended that a ‘prima facie’ case has been made out against the suspect and his actions tantamount to ‘rape and indecent assault’.

Our sources can confirmed that Ms. Jeng recommended that Mr. Melville Robertson Roberts be charged contrary to Section 3 (1) of the Sexual Offences Act and Section 126 (10) of the Criminal Code.

Now the hard questions that remain unanswered are, “How a rape suspect is granted bail? Who was his surety? What are the bail conditions? What happened to the surety? When and where the case is being heard, if in absentia (in absence) or in camera” (Chambers- out of public view)?

The foundation of this case was as a result of when in July 2019; Fatoumatta Toufa Jallow went public and accused former President Yahya Jammeh of rape. Within that period, several Gambian women individually also lodged a sexual complaint with the Police against Melville Roberts who is a high ranking official of the Ministry of Foreign Affairs.

At the time Mr. Roberts was in United Kingdom and was never indicted to face the investigators. In early 2020, he was reported to be in the country. It was rumored that his diplomatic passport was seized by the Police whiles under investigation until another rumor spreads that he is out of the jurisdiction.